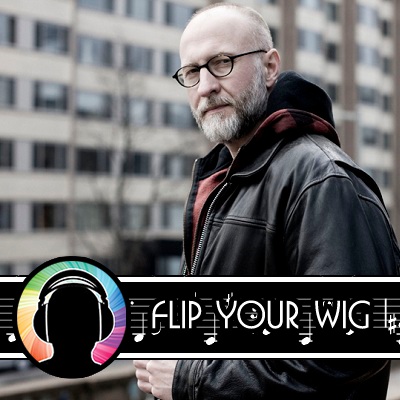 The very medium of the autobiography infuriates me. Not quite a memoir, the author retreads his or her life with, at best, a sequential recount of old conflicts culminating in a hazy cloud of experience that condensates into something resembling a worldview. At their worst, they are little more ego-masturbation exercises designed as expensive paperweights. However, I put my reservations aside once I saw that one of my few non-familial heroes had recently released one of his own. Considering how much I have jawed about how much the music of Bob Mould (Hüsker Dü, Sugar) has meant and continues to hold meaning for me, I was compelled to suspend by frustrations with the genre to learn more about this man. At a minimum, I wanted to learn more about what caused Bob to write music that has saved my life and touched countless others. At best, I hoped to construct a full picture of a man who overcame a violent childhood and his inner demons to tour the world and remain a visible figure in both the music and GLBTQ communities at large. Nervous, I opened the cover with a glass of tea and braced myself for the worst.

The tale falls flat on its face almost immediately out of the gate. I am aware that one is supposed to entice the reader to continue reading, but beginning the story about a random quarrel between yourself and an employee at a clothing-optional hotel just seems… arbitrary. I can understand not wanting to start at the beginning, but the account doesn’t even end with a “gosh, I can’t believe my crappy life has gotten to this point” moments. The anecdote ends, and we’re thrust dead-center into Bob’s childhood in upstate New York. Was this book going to be about Bob the homosexual, Bob the abused child, or Bob the person? Had I not invested so much in Husker Du growing up, I would have returned to Barnes and Noble for my 20 dollars. Luckily, Bob gets around to his reasons for writing the book, and we start anew with his birth.

I had to keep reminding myself that Bob is the storyteller. He clearly has more knowledge about what has effected his life than I. For every revealing look into his familial dynamics, relationship with bandmates, tour war stories and personal discoveries, there are one or two events that are glossed over that left me foaming at the mouth. In particular, his treatment of Husker Du’s material was, for a lifelong fan, felt rushed, as if he didn’t care, or at least didn’t want to care enough to retread old roads. Granted, he was admittedly supporting himself through those sessions by a diet of spirits and avoiding bored or antagonistic collaborators, but as a fan, it took a great deal of reminding myself that it’s Bob’s life story and not my demanding a story of the Zen Arcade session. At teh Beginning With a Flying V

Bob Mould has a reputation of being anything from a grump, a difficult personality, or ferocious mope. Reading more about his home life, perfectionism and relationships made him a much more empathetic entity, but his terse writing style and treatment of his feelings and people, at least from what he was writing, made him come off as very cold for a majority of the book. That being said, his life story starts to improve once he claws his way out of punk and into psuedo-celebrity status with his band Sugar and his solo output.

Bob’s always beat his heart and soul against his pen and guitar. Learning the cause for a number of my favorite songs of his, the pain and uncertainty that he tried to fight through was only made worse by the way he tried to keep people from getting close, hurt or involved. A child of an abusive household, Bobs hypervigilance and awareness made him especially susceptible to self-doubt and cynical of others. His sour reputation is a lot more sympathetic now than what I had gathered in interviews and random youtube clips. Some who have read this have been disappointed with the “disproportionate” amount of attention Bob gives to some of his experiences after he comes out of the closet, that he spends as much time on how he celebrated his 45th birthday as he did recording an album or a meaningful meeting with William S Burroughs. Quite frankly, the book is a lot more enjoyable to read after he makes this switch; leaving the cluttered and beer-soaked world of punk and getting out in the world opened his mind and let him pursue what could make him happy. In particular, Bob’s transformation from fumbling through gay life in his 40s to a semblance of confidence is rewarding as a fan and reader. Not only is there life after punk, but there’s a tentative happy ending for a hard living man.

When I put down See a Little Light, I was relieved that Bob decided to reflect more on the last fifteen years than the ones prior. Quite frankly, the miserable rants about life as a musician were getting old as a reader, and I have only a vague idea of how Bob felt the same way. In many ways, this is a story about new experiences and opening ourselves up to change and the joy and pain that can come from putting ourselves out there.

Curious to know more about Bob Mould? Want to have Fishy continue to flap his gums about how awesome he is? Know any other good autobiographies? Bring it to the forums!