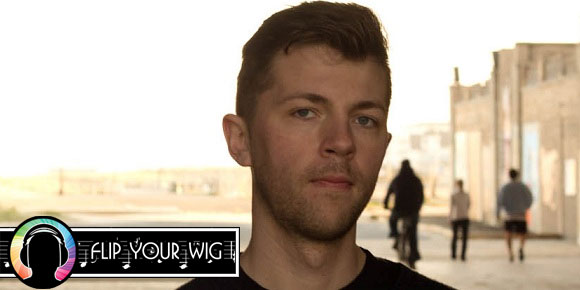 Taking some time off between tours, Hostage Calm’s Chris Martin took time to answer a few of our questions about what inspired them to spearhead a movement for gay marriage in New York, work with causes outside the LGBT and punk communities, and what nerdy muses they toy with when not playing shows. 1 ) How did the essay and joint-work with Alternative Press come about when New York was deciding to adopt same-sex marriage?

Well, they contacted us about doing the Op-Ed piece a few months ago, and we were obviously really excited. It gave us a huge platform for our views. We had been looking for ways to get our ideas out there more, not just through the music, but through written pieces, visual art, shirts, etc. After the article went to print, we realized that the NY same-sex marriage bill was going to come to floor and was close to having the votes. We thought to ourselves “how we could contribute,” so we cooked up the idea to release the album for free for every person who signs a letter to their senator.

2 ) One of the things that comes up most when people talk about Hostage Calm is that your band is that you rarely condemned or passed judgment on the subjects of most of your lyrics, but were inviting listeners to an open discussion. It’s really refreshing seeing that from a scene that can be extremely homogeneous and preachy. Was that a conscious decision or a natural progression for you?

We definitely never wanted it to be cliche or elitist. We tried to paint a picture of a situation and give you the real sentiment and context. We wanted it to provoke, but without the cheesy sloganeering and the things that make socially conscious music stale. Other than that, we just wrote heartfelt music, and voila.

3 ) Besides seeing “Would you cast a ballot or a stone?” on a rally poster, have there been other poignant moments that inspired you to become more politically active?

Well music was a huge part. The Dead Kennedys, Operation Ivy, Anti-Flag, Descendents–these bands really got the wheels turning for me. It’s not that I agreed with every single thing each band said, but the driving focus on understanding the world around you with the intent to positively shape that world and yourself–that was something I was immediately drawn to. I also had some great teachers in high school that really encouraged me and challenged me to find out what this world was about. When I was at UConn, I dedicated myself to my own education and worked for causes that were important to me. I worked at a Headstart, worked in economic development/poverty reduction in Guatemala, was a coeditor for the UConn Human Rights Journal Namaste, and just had a hunger for learning in general. I would read up on Economics for hours a day. For me, it was more of a gradual process of personal growth, rather than an overnight self-realization.

4 ) Are you planning on aligning with any organizations or causes such as vegetarianism/veganism or other social causes in the near future?

For sure, we’ve teamed up with PETA before, and will probably again. We are working with Equality Maryland and hopefully a few other marriage equality groups. I would like to a little more with economic development in Latin America, along the lines of the partnership we had with Soluciones Comunitarias in Guatemala in 2010.

5 ) There seems to be a number of bands that are emerging with a cause other than getting groupies or fame. You wouldn’t see a band like The Wonder Years appear on the Billboard Charts even two years ago. Granted, there are probably a number of economic trends at work for this, but do you think that this is reflecting a shift in what people are looking for after in their music? It’s reminding me of when people were looking for something they could relate to, making bands like Nirvana, Green Day or Thursday popular.

I don’t know if I’m qualified to say what mainstream American pop listeners are itching for these days, but there certainly is an absence of any “meaningful” pop groups today in the U.S. No Beatles or U2 or Morrissey these days. But, I can tell you that a lot of young bands are rising very quickly and you can hear the sounds of change all along the underground. For all of us in the punk community, it’s definitely exciting.

6 ) You finished a string of shows with Senses Fail, Heartsounds and Make Do and Mend and are heading out with Rival Schools, Balance and Composure, and Tigers Jaw in October. Are you keeping busy during your downtime too?

Definitely. We’ve obviously been rehearsing and preparing for the tour. A lot of other elements besides touring go into doing a band–writing music, demoing, gathering artwork, getting van repairs, ordering merch, etc.and so we’re keeping busy. I just got a Wurlitzer organ, so I’ve been playing that pretty frequently. Though we have a lot of people helping us now, we spend more hours per day on making this band come to life than we ever have previously and it’s certainly a labor of love.

7 ) What initial brought me into your music was the sheer variety of sounds I was hearing; throwing bells, non-traditional percussion, and pianos into punk music shouldn’t sound as unique as it does, but it caught me off guard. Are you looking to continue incorporating more of these awesome quirks into your new material?

For sure, we have always been hungry to do things that were challenging or unique, and we NEVER write anything off as impossible or silly. We just want to write good music, and I think our approach to writing and arranging just sort of makes our music sound like that.

8 ) There’s a heavy dose of The Smiths, Quicksand, Saves the Day, Lifetime and, from what I can gather, Gatsby’s American Dream in your music. What else should our readers check out to hear your inspirations?

It’s hard to say what inspires us. We all love those bands. I think a lot of our inspirations are more structural observations that we’ve made, more so than trying to model HC after others. From incorporating the musical movement and free melody of big band music, to generating that energy and urgency of Youth of Today, we kind of draw shit from everywhere. If you listened to most of things that have subconsciously inspired us, you might not hear the influence and we probably wouldn’t either. It’s just the years and years we’ve spent growing up on these sounds that have shaped what we consider good music.

9 ) What new music should we be checking out?

Check out all of of the RFC bands/affiliates: Balance and Composure and Seahaven are definitely two of my favorites. Pianos Become the Teeth, Make Do and Mend, Koji, La Dispute, Mindset, The Story So Far… there are a ton of great bands out there.

10 ) Since this is coming from Gay-Nerds, does your band have any stereotypically nerdy habits or pastimes? Any clandestine Dungeon and Dragons games going down in the van?

I know a few of the guys LOVE Magic, Pokemon, stuff like that. We got into playing the card game Setback for a while. As for myself, music has always been my nerd habit. Experimenting with melodies and chords and trying to analyze how music works, that’s my hobby. Sitting against my wall here I have an organ, drumsticks/drumpad, two (shitty) guitars, a bass, a casio keyboard and a pen and paper. I guess that’s pretty nerdy.

This one time a bunch of my friends and I decided to start playing music and the next thing you know, we were living our dreams. Never stop believing.

Before Chris and the rest of Hostage Calm head out on their next journey, be sure to pick up their self-titled full length.

Have anything to say about Chris’ responses? Our forums are open and ready!