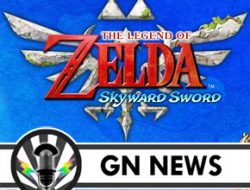 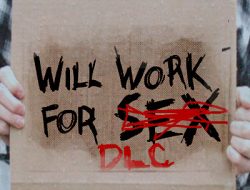 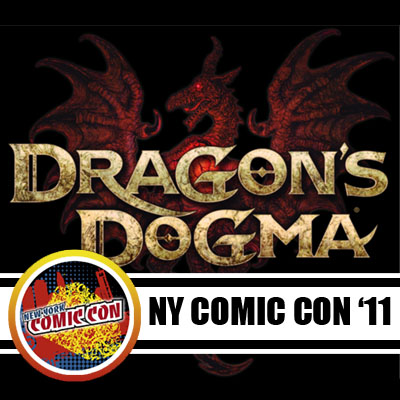 Everything about Dragon’s Dogma confused us at some point while playing the New York ComicCon demo. Not only does it have a name that just seems…odd, we have to wonder whether or not the developer team at Capcom has played any action/adventure games in the last six years. Everything feature worked properly, yet bland and straight from an adventure paint by numbers.

The demo featured two levels, one tasking the player with battling through a mountain path to a showdown against the game’s titular monster, and one showing an open field environment and a Griffon that just wanted to fuck with everyone. In both areas, cannon fodder goblins threw themselves onto our blades until we got bored and we were allowed to face down larger prey. The boss fights showcased more diverse action as our party members did a decent job of staying alive, doing damage, and combining tactics with our character to better fight the beasts. While battling the griffon, a party member would sometimes charge the area with an updraft, letting our character sore into the air, grab the monster’s talons, and climb up to its head for a few stabs to the brain. Aside from the more interesting bosses, thing were basic. Combat revolves around the tried and true light attack/heavy attack mixing, with grabs and more extreme “special attack” versions of our basic moves available. Bows enabled ranged attacks, though sluggish targeting and low damage limited their usefulness. In essance, this was the Lord of the Rings: Return of the King, but slightly better looking. Nothing was really changed or advanced in the combat, the main draw of these hacky-slashy adventure games. So yeah, it technically worked fine, but there was nothing to hold your attention for long.

Our party was composed of several minions, summoned from a special gate that will let players draw on other people’s NPCs to flesh out their own battles. Why you would want other people’s NPCs instead of your own, we might never know. It seems like a cheap gimmick to let the game boast online play without actually interacting with other players really affecting the game in a significant way. Hopefully we’re wrong about this and a detailed minion creation/outfitting selection is waiting patiently to make these NPCs noteworthy. But otherwise, honestly, why borrow NPCs?

Overall, nothing from the demo made us drop our controlers in digust or get frustrated by a failed attempt at making the game standout. Then again, that’s just it. Nothing about the game has made it stand out so far. There’s still half a year before the expected March 27th release date, so hopefully this early build showed the cake without the frosting and not the stuff that’s supposed to make us tap our feet and ask for another delicious slice.

» Videogames » NYCC: Dragon’s Dogma demo shows competency, but nothing else.