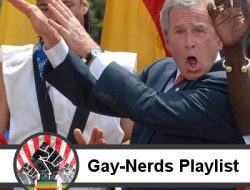 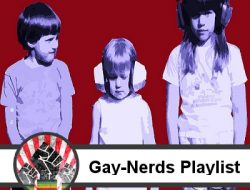 Gay-Nerds Playlist for May 16th: The Mamas and the... 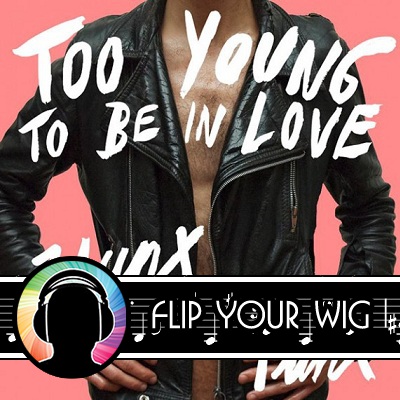 There is music created by gay people. There is “gay music” that is supposed to be supportive but comes off as pandering. And then there is music so unbelievable and unabashedly gay that it hits you in the face with a g-string filled with glitter. Grab your boas and your booty shorts, it’s about to get FABULOUS!

Hunx may have spent his early years in the electro outfit Gravy Train!!!, but after hanging out with (and sleeping with) fellow west coast lifers Nobunny and other members of the lo-fi garage rock scene, Hunx traded in his synthesizer for a bunch of Shangra-La and surf records and decided to write something a little more timeless. Do snotty love songs about wanting to bone your mechanic or not wanting to date someone because they don’t like rock and roll really go out of style? If you answered yes, I am afraid we can’t be friends.

There isn’t really a whole lot to say about Hunx’s music since most of it breezes by with the glee of The Ramones or Buddy Holly (although there is a lot more sex this time around.) If you like anything that came out of 50s or 60s rock and roll, you will probably be able to get into this. Hunx’s soft, nasally approach never outstays its welcome and feels much more vulnerable and genuine than anything should while moaning about puppy love and booty shorts. The only exception to which is the closer “Blow Me Away”. Had it not been for the occasional guitar inflection and pitch-perfect backing vocals by the Punkettes, it would have been an incredible bummer. In Which Hunx Lives His Rocko’s Modern Life Dreams

Unlike a lot of campy gay bands and “artists” (Samwell, Cazwell), Hunx isn’t interested in converting straight boys or being a (total) slut; he sounds much more like a young kid trying to figure out those polar forces between his two heads. Ultimately, his work may keep his cult following and “gay musician” statue longer than others because of his perceived innocence. In some alternate future, this would be playing on those commercials for Oldies radio alongside a thousand other acts only your parents remember. Fun, fierce and frumpy, Hunx and his Punx will probably provide the soundtrack to your beach trips for the summer season.

Recommended If You Like: Nobunny “Love Visions”, Jay Reatard “Blood Visions”, The Ramones “Rocket to Russia”