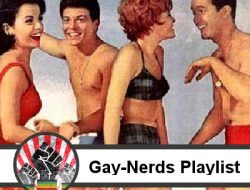 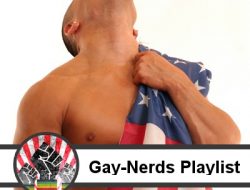 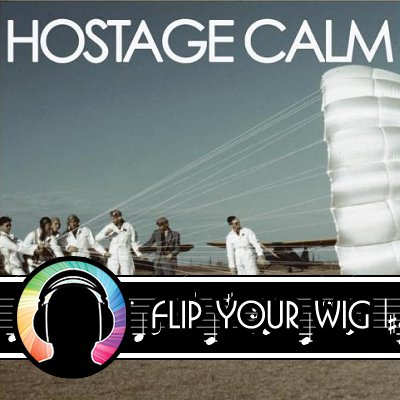 It’s hard to explain why you’re a pop-punk fan if you are over the age of 20. Most people have a crystalline memory of Blink-182 running around naked and stop their curiosity there. The genre has as much potential to carry social change, introspection, and power as any other genre, but it’s often lost in a quagmire of angst, questionable fashion, and chunky power chords. Luckily, there has been a resurgence of talented and articulate bands who have been building steady followings.

Connecticut’s Hostage Calm have spent ample time studying the Kid Dynamite and Gatsby’s American Dream’s playbooks, merging everything from breakneck hardcore, salsa numbers, three part vocal harmonies, and intricate time structures into a refreshing breath of exuberant music. Bored of the confines of hardcore music, but not it’s messages, Hostage Calm delivered a perplexing 180 on their sonic approach to last year’s self-titled effort. The energy remained, but, much like when Saves The Day broke through with “Stay Where You Are” and No Doubt went pop with “Tragic Kingdom”, the whole approach changed. I’m happy to report that they are still as socially aware and relatable as ever.

Songs like “Ballots/Stones” challenge the rationale of anti-gay-marriage politics with simple, infectious melodies while “Rebel Fatigues” takes a look at American foreign policies from the other perspective. Hardcore lifers need not fret; the blistering guitar work and breakdowns still pop up, just differently than before. Just because more is sung than yelled is no reason to jettison this to the used bin. Chris’ singing is actually more endearing because it isn’t studio or American Idol’s perception of “perfect”. Along with other bands like The Wonder Years, Set Your Goals, Transit, and Fireworks, Hostage Calm builds bridges between very different schools of thought and winning over crowds wherever they go. Personal biases for the genre aside (it rules), it’s comforting to be reminded how something so simple can incorporate and mean so many different things at any given time. It’s more refreshing, given the band’s recent partnership with Alternative Press to urge New York senators to legalize gay marriage in their state, that the band puts their words into action like true activists and allies. If you’d like to have a half hour with a quirky, honest, and intelligent young men, you might want to consider following Hostage Calm, as they’re nearly destined for greatness.

Like it? Loathe it? Bring it to the forums!