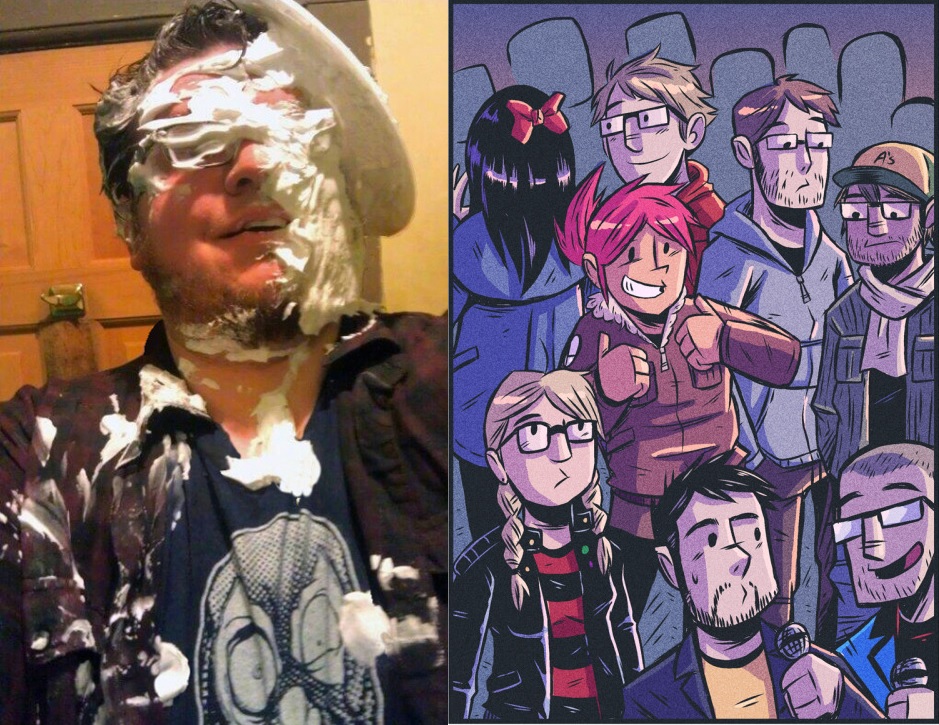 You know we here at Gay Nerds love comics. You’re probably also aware that we have a thing for tokusatsu. When the two mash up it’s a beautiful thing. And that’s exactly what happened with the recent digital comic series Skater X. Written by Chris Sims and lettered by Josh Krach, Skater X is an “extreme” take on the helmet and spandex wearing hero versus rubber suit monster formula we’ve all grown to love since the early days of Power Rangers. We recently spoke to Joe Hunter, the artist behind the series to discuss all things Skater X, as well as his inspirations for the series.

Gay-Nerds.com: First up, thanks so much for talking to us! Tell our readers a little about yourself and what you do.

GN: What’s it like working with Chris Sims and Josh Krach? What’s the dynamic like and how did the idea come about?


JH: It’s freaking great and I love these guys. Josh is literally one of my favorite people on the planet (I feel terrible that he has to letter around my dumb art) and Chris is stupid talented and just an absolutely fantastic writer to work with.
Basically the idea came about when Chris had finished watching Kamen Rider Fourze and wrote something on Twitter about wanting to write a Kamen Rider homage comic… but with a skateboard instead of a dirt bike. I kind of semi-jokingly said I’d draw it and one thing lead to another and here we are!

GN: You mentioned that Kamen Rider Fourze was a big influence for the series. Are you a tokusatsu fan yourself? If so, what shows are your favorite?


JH: Oooooh yeah. I love Kamen Riders Stronger, W, and Fourze, (Super Sentai series) Dairanger, Gokaiger, and there will always be a place in my heart for the sheer delight that is Toei’s live-action Spiderman.

GN: Other than tokusatsu, what other media are you consuming right now? GN: How did you get into comic art?


JH: I’ve always loved comics and drawing and it’s just sort of the path I ended up gong down. I taught myself to read at like age 3 using comics.
God I was a weird kid.

GN: When creating characters, what do you look to for inspiration, and how does that process play out?

Skater X has been kind of a learning experience for this. I recently got Teenage Mutant Ninja Turtles: A Visual History which is this really nifty oral history/art book-thing, and in the section for the 2012 cartoon, they talk about designing creatures as if they were actual rubber suits for a tokusatsu series. I’ve been trying to keep that in mind when designing stuff for Skater X and it’s worked super well so far.

GN: What’s been your favorite thing to draw in Skater X so far?

JH:I really like coming up with monster designs and sticking friends in as little background character cameos is kinda fun. There’s a bunch of those in issue 2.

You can get the first issue of Skater X on Comixology. For more of Joe’s work, you can check out his Tumblr, or follow him on Twitter. Thanks for the interview, Joe!