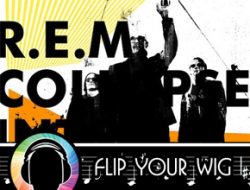 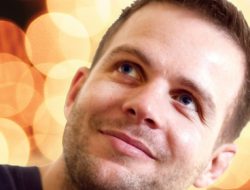 Here at Straight Hipster, we’re always serving you the coolest music before corporate America undermines the artistic integrity with false hopes of phony opulence. We’re going yo reveal an artist that could only exist in this very point in time. I haven’t been moved by a piece of art this much since I first heard The Exploited’s “Horror Epics”.

No matter how much the RIAA condemns file sharing, the practice has redefined how musicians and products are moved, marketed, work and come together. Rather than relying on traditional radio buzz or the “major label machine”, more bands are giving away their music for free, relying on more creative means or rigorous touring schedules to make money. The instant gratification of being able to relate to others through music and getting an entire album without paying a single penny has forced bands to get creative; some find clever marketing ploys, some use smoke and mirrors, and others try to build something truly unique. It’s been a long time since John Hughes captured the pain of being alienated in high school based on your music taste. However, music has somehow become more segmented and divided as kids try to describe what they are experiencing through their headphones to their friends. Is it post-emo-revival folktronica or proto-skatepunk jazz with a hint of bossa nova groove? Can any of these pieces come together as a cohesive whole? Are we so focused on this segmentation and sensationalization that we don’t ask our entertainers to move beyond their shackles and influences to simply blow us away with their music?
Ladies and gentlemen, Hollywood Undead is one such band. Six years ago, they crept into the minds and hearts of American youth through their clever videos and demos posted on MySpace. Shrouded in masks and street garb, they combined an aura of dark mystery with an approachable bad-boy attitude. They were the kind of dudes your mother warned you about meeting after school. The also are the band that best encapsulates the wanton abandon, ingenuity, and brilliance of the post-file sharing and earn-it-yourself mentality.

Hollywood Undead exist in extremes. They’re so extreme that some members have to leave before it destroys them. The combination of clean singing juxtaposes against violent raps of parrties gone terribly awesome, gang violence, justifiable rape and drunken shenanigans that only white men can truly experience. It’s a testament to their interpersonal dynamics that they have the strength to challenge such controversial issues as the societal expectations of how one should treat a woman, organize festivities within a moment’s notice with minimal materials, illegal sustance use, and the dangers of modern living on the same album.
The Hollywood Undead crew knows that it’s hard to stand alone in this world, so they fill their songs with declarations of camaraderie and the importance of surrounding yourself around trustworthy people. Any person who unbalances this force, haters, promiscuous women and “losers” are quickly tossed aside before they can poison the group; never compromise, never surrender. If more people took this attitude, more things would be accomplished in the world and we would never have to rest on our laurels. The use of keyboards, turntables, and traditional nu-metal instruments create an inviting atmosphere to enjoy while leaving an infinite number of opportunities to blow your mind. Seriously. You think you’ve heard a song go from clean singing to rapping to a downtuned mosh part before? Wait until you hear this synth line. Fughaedaboutit. Your brain won’t be able to fully comprehend the amount of precision necessary to make such a cohesive song out of so many unique pieces.
Don’t worry though. Hollywood Undead aren’t like those arty tools in Opeth or Between the Buried in Me who want to throw math concepts at you while you make music. You can still jump in and dance around at any time! And the guys have roots too. They’ve been known to cover the legendary (but really ancient) Operation Ivy and that Led Zeppelin band. You might want to go ask your parents for some of their records.

In conclusion, this band will undoubtedly leave their mark on society as the last great American Band. Their versatility will help them stay adrift as the undertow of copycat bands will try to pull them out to sea. Their music will encapsulate what it means to live in modern America; it’s violent and messy, but despite this, we can find friends and inspiration.
RIYL: Brokencyde’s “I’m Not a Fan, But the Kids Like It”, Limp Bizket’s “Chocolate Starfish and the Hot Dog Flavored Water”, Breathe Carolina “Hello Fascination”
Discuss this in the forums