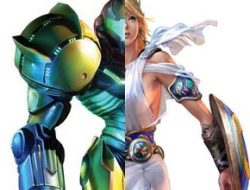 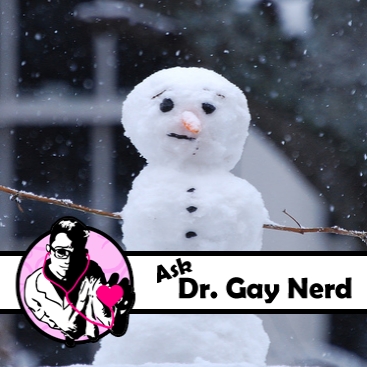 Dear Doc –
I really blew it this time.  I went on a “date” with this guy who’s an acquaintance.  I’m not really sure why I did it in the first place ‘cuz I’ve always thought he was a little weird.  Well, yeah.  He’s weird.  A good portion of our date consisted of drinking a few beers while he showed me his stamp collection.  Seriously.
That’s not even the worst part of it.  In my defense, I had a few beers in me and I’ve always been a bit of a three beer queer.  So I definitely had sex with him.  You would be correct in assuming that it was the worst sexual experience of my life.  He, somehow, managed to hurt me during the most basic part of foreplay, the handjob.  I have to stop and wonder where he learned how to masturbate.  Yet, this is still not the worst of it.  I consider the pain I felt punishment for my poor life choices.
Instead, I decide to really screw myself when I spent the night.  I have no defense other than that it was kind of cold out that night and I really didn’t feel like getting dressed.  And I’m pretty sure that he now thinks we’re dating.  Doc, I’ve got no idea what to do.  It’s not even that I’m confused about how to let him down easy.  I just have no freaking clue about how to even begin getting myself out of this.  Help me, Obi-Wan?
-Baby, Its Cold Outside Did this make it worth it?

Hey Chilly-
Yeah, you pretty much did this to yourself.  You knew he was weird yet you caved to laziness and stayed in his bed.  I’m just curious about the morning.  Did you sneak out before he woke up or did you have breakfast together?  It could end up making a big difference in just how seriously this guy is going to take you.
This is a tricky one to get out of because if you had left after it was all over, it wouldn’t have been out of place.  From there, you could have ended it by telling him that you didn’t feel there was a lot of chemistry between you and that would be that.  Instead, by staying, you make it appear as if you wanted to be around him. Whipping out the “no chemistry” line now is going to make you appear like a jerk because you’ll be demonstrating erratic behavior.
I personally believe that you shouldn’t be a jerk unless you absolutely need to be.  That’s why I feel like you should come up with some excuse to get you out of this.  They say that honesty is the best policy, but blunt honesty can be hurtful and we don’t want to hurt this guy anymore than may already happen.
You say that the guy is an acquaintance, so how big are the chances that you’ll run into him?  If slim, you could do the, “I’m getting a new job and moving soon,” excuse.  If enough time passes, you could end up saying something like, “It fell through.”  This can be tricky, however, if there’s a chance you’ll run into him soon or your circle of friends may accidentally betray you.

Don't hurt the guy anymore than you have to.

Maybe you could say that your ex wants to get back together and you feel like you owe him another chance?  Or that you’ve been kind of seeing someone else and that’s moving on to another level and that the night the two of you spent together, although wonderful, was a mistake.  The thing is, no matter what you say, he’s gonna be kind of pissed at you, so it’s probably better to just face it and get that over with.  Him feeling hurt is probably unavoidable, so it’s best to go about it in a way that’s going to hurt the least.
You know what this guy’s like more than I do.  So come up with an excuse which, although he won’t be happy about, he can respect.  Hopefully he won’t be absolutely crushed and he’ll maintain his dignity.  You’ll have gotten out of the situation and you’ll have learned what you shouldn’t do in the future.
-Dr. Gay Nerd
Have a question for Dr. Gay Nerd?  Send an email at: askdrgaynerd( at )gay( dash )nerds( dot )com (just make sure  you replace the words and parentheses with the correct punctuation).
Agree or disagree? Discuss this week’s topic with the other gay and lesbian nerds in the forums!