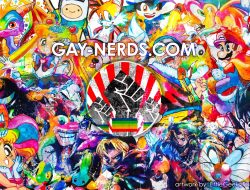 10 Things Gay-Nerds.com is Grateful for this Thanksgiving 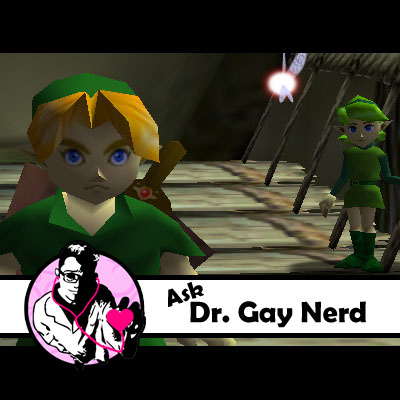 Ask Dr. Gay Nerd: How Do I Get Over Unrequited Feelings?

Note: This question was originally posted and answered on Reddit. It has been answered here with OP’s permission

Hi, firstly, I just kinda need help right now. I’m kinda embarrassed to be asking this online, but I don’t know what to do and I guess talking about it is helping. So basically I got a new roommate this year, and almost immediately I had a huge crush on him. I got more and more interested as I spent more time with him, and he told me he was gay. This is the first time that I’ve ever had this big of a crush on a guy, and I kinda fell for him hard. I was trying to spend as much time as possible with him, helping him with everything, trying to be as close as possible. After I was almost sure that he liked me back, I told him how I felt, and he just flat out rejected me. At first he just said he didn’t want to go out, but when I talked to him later he said it was because he didn’t like me like that. Now, he’s trying to keep it from being awkward by acting like it never happened, but I don’t know how to move on. He’s just sitting there and I still have feelings for him but I know he doesn’t have them for me and I don’t know what to do. Its killing me and I’ve already complained enough to my other friends that I don’t want to bother them anymore so I turned here. I don’t know if anyone is going to read this, but its kinda helping me to write it out so I’ll keep going. How do you move on after being rejected. I still need to be friends with him because he’s my roommate, but I need to filter out the other feelings I have about him. ARGHHH. I don’t know if I’m broken or what. I have no idea how to tell if people like me. I’ve only ever had one relationship, and it ended because they didn’t like me enough, and the other person that I asked out I was sure that they liked me but they said they didn’t. I don’t know what to do anymore… I guess there’s not really much I need, unless someone knows how to get over feelings you have for someone, and how to deal with being rejected and sorry for the giant wall of text.

Ah man, the situation sounds kind of rough. This will sound kind of mean but it sounds like classic nice guy syndrome. Never assume that doing nice things for someone or just being “there” for someone will make them develop romantic/sexual feelings for you. Next time, when you have a crush on someone, try to be a bit more direct with them earlier on so you don’t get burned this hard. It’s really tough when you’ve been rejected after you’ve built these elaborate crush fantasies in your head and you get so emotionally invested in someone. I mean, you’re essentially getting into a one sided relationship with someone who doesn’t even realize it which makes rejection much more difficult for you since it feels like you broke up with someone.

As for how to deal with these feelings, it’ll be rough. The good news though is that your roommate is being cool about things. He’s pretending like it didn’t happen to save you face. That shows that he clearly values your friendship. This will make things easier for you, although it sometimes feels hard. He’ll understand if you say you need space for a bit. Plus, trust me on this, it’s almost never a good idea to date someone who you live with. It multiplies drama.

In order to deal with rejection, you need to get emotional distance from it. Try to see the situation as logically as possible. He is just simply not sexually/romantically attracted to you. This has nothing to do with your level of attractiveness but everything to do with his preference in men. The sooner that fact clicks in your head the easier it’ll be. If you ever find yourself day dreaming about him, try to shut down that train of thought. No “what if” scenarios in your head or “maybe if”s.

Failing that, you should try to get some physical distance from him. Get out of the apartment. I mean, it’s Thanksgiving soon right? That means you can visit family and not have to see him for a while. Preoccupy yourself with your hobbies. I mean, Pokemon, Smash and Dragon Age just came out. Who has time to pine over a guy when you have video games and ice cream??? Did you know Ben and Jerry’s has ice cream with cores in them???

Next, try to hang out with other gay guys. This will normalize your perception of other men or maybe you’ll meet someone else you like. Go visit a gay bar or if you’re not legal, a place where young gay guys hang out.

But yeah, OP. You’ll be fine. Rejection is tough but you’re tougher. Remember that and you’ll be ok. Don’t dwell on things too much

Want advice on relationship problems? Have a question for Dr. Gay Nerd?  Send an email at: askdrgaynerd( at )gay( dash )nerds( dot )com (just make sure  you replace the words and parentheses with the correct punctuation).

Agree or disagree? Discuss this week’s topic with the other gay and lesbian nerds here

» Advice, Nerds » Ask Dr. Gay Nerd: How Do I Get Over Unrequited Feelings?