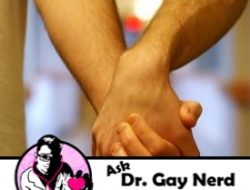 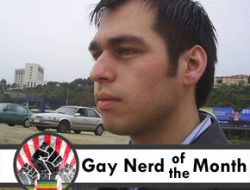 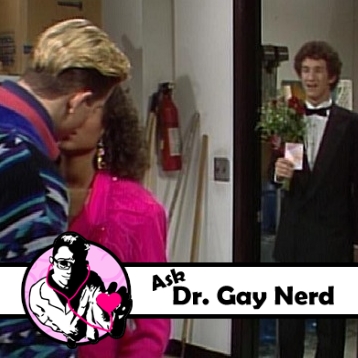 Ask Dr. Gay Nerd: How Do I Deal With An Unwanted Crush?

I’ve got this friend who’s a really nice guy.  We’re not best friends or anything, but we have a good time whenever we hang out.  The problem is that he really likes me but he’s always going to be just a friend on my end. We’ve talked and I’ve told him all of this.  I thought it was going to be okay between us but every now and again he’ll make some comment about us being together like I’m going to change my mind about him.  It’s starting to get annoying and a little uncomfortable.  What should I do about this?

–I Know How Lisa Turtle Feels We all feel for you, Lisa…

Unrequited love looks so different from the other side, doesn’t it?  Kinda makes you stop and rethink all of those songs we turn to when we’re feeling heartbroken.  Of course, most of us gay and lesbian nerds know what unrequited love feels like and I think that’s going to be important to help you deal with this guy.  If you know how he feels objectively, you may be able to cut him a little slack in your situation.

Frankly, I don’t think that someone liking you is such a bad thing.  It just depends on how far they are exerting their advances.  If they simply make off-hand comments here and there about how good the two of you would be together, I suggest you just deal with it.  They aren’t doing any harm with their crush and you’ve made yourself clear.  They should get over it in their own time.

If this guy, however, is approaching your rejection in a more serious and negative manner, you should take a more firm approach.  Is he legitimately making you uncomfortable with the things that he is saying?  Is he so hung up on you that you’re pretty sure he’ll never move on and start dating someone else on his own?  You should probably treat the entire situation like it was a breakup.  Put some clear space and boundaries between the two of you.  He’ll only be forced to get over you and move on when he doesn’t have any access to you.

The whole situation hinges on how important this guy’s friendship is to you.  If he really is a great guy, I’m assuming that you want to keep him as a part of your life.  Therefore, you are going to have to be delicate yet firm during your continued rejections of his advances.  Should this guy be someone you don’t particularly care to have around, though, then maybe you need to just shut him out for the benefit of both of you.  If he’s a part of a larger group of friends, take care that you always surround yourself with the others when you see him.  That won’t give him too much opportunity to make you uncomfortable.

They say that time heals all wounds and I’ve found that this is generally true.  Give this guy enough time and assuming that he doesn’t have any major psychological issues, he’ll move on.

Agree or disagree?  Discuss this week’s topic with the other gay and lesbian nerds in the forums!

» Advice, Nerds » Ask Dr. Gay Nerd: How Do I Deal With An Unwanted Crush?