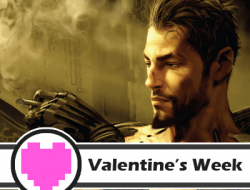 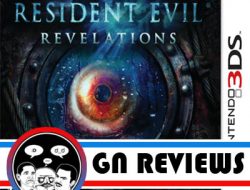 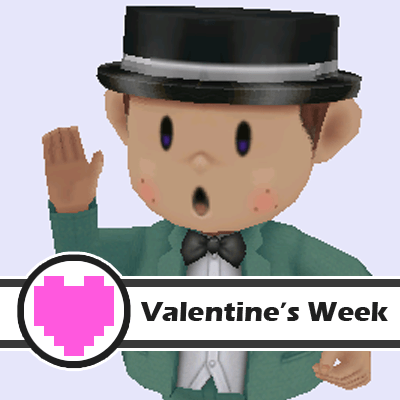 Shigesato Itoi’s playfully imaginative and offbeat EarthBound was one of the first Japanese RPGs that I had the pleasure of playing as a child. It’s a game that that holds a special place in my heart, and one that I learned to appreciate more as I grew older. Being only eight years old at the time, themes like Ness’ absent salaryman-father, or going into a giant uterus and aborting a fetus as the final boss went way over my head. A few years ago, Itoi revealed that Tony, Jeff’s best friend, was homosexual. While that came as a surprise to me, Tony started to make much more sense as a character to me. Going along with the theme this week, I thought I’d talk about his story, as it’s one not often mentioned. As gay men and women, his character is one that many of us can relate to.

We’re introduced to Tony upon being put into the shoes of Jeff Adonuts, the game’s third hero. Jeff wakes up after hearing a telepathic call for help from Paula, the game’s heroine. If you talk choose to talk to Tony, Jeff’s best friend and roommate, Tony, will wake up telling Jeff that he was dreaming about the two of them having a walk together.

After explaining the situation, Tony will tell Jeff that he doesn’t fully understand what’s going on, but that he’ll help Jeff no matter what. After preparing Jeff with with a stash of cookies, a pop gun, and a hard hat, they exit the boarding school. Tony crouches by the school gates so that Jeff can get enough leverage to climb out. Before Jeff makes his escape, Tony tells him, “I don’t know where you’re going, or why, but remember, we are best friends forever.”

Later in the game, Ness gets phone calls from Tony asking about the player’s name. After you input your name, Tony asks Ness to take care of Jeff for him in his absence. This happens a couple times in the game, with Tony always asking about Jeff afterwards. We don’t see Tony again until we discover the Starman base underneath Stonehenge. There, captured civilians are taken hostage and are put into big tubes. Tony was one of the people captured and, after rescuing him, doesn’t even acknowledge Ness first. Jeff is obviously Tony’s knight in shining armor.

The only truly blatant clue (looking back…) regarding Tony’s feelings seemed to be at the very end of the game. After returning from the final battle, you receive notes from loved ones. The letter from Tony reads:

Everything’s really going great here.
I wish I could have gone with you on your adventure, even just part of the way, but instead I’m sitting here, waiting for you in Winters.
I want to see you again as soon as possible.
I can’t wait to see your cheerful face.
I bet your glasses are dirty…If you come back, I’ll clean them for you!
Like I said, I’m waiting for you.

P.S. Don’t show this letter to anyone!”

Upon delivering the note to Jeff, he’ll tell Ness that Tony has a heart of gold. He kind of glazes over the fact that he knows that Ness read the letter as well. If you visit their boarding school, Tony will tell Ness that while Jeff has called their science teacher, Maxwell, Jeff hasn’t phoned Tony at all. Tony asks Ness to get Jeff to give him a call, wondering if the reason that Jeff hasn’t was because he was annoying.

In an interview that was partially translated in 2008, Itoi stated:

Well, for example, there’s a gay person in MOTHER 2 (EarthBound’s Japanese title). A really passionate friend who lives in an England-like place. I designed him to be a gay child. In a normal, real-life society, there are gay children, and I have many gay friends as well. So I thought it would be nice to add one in the game, too.

After reading that, it all suddenly clicked. Tony’s over-protective behavior. His slightly obsessive manner towards Jeff. His dream. The way he talks to Jeff. Being older, I finally understood. This was exactly how I felt when I was infatuated with a heterosexual friend of mine. Constantly thinking about him, wanting the best for him, trying to help him out with whatever he needed. All while thinking, “Is this too much? Am I being annoying? Does he hate me?…” whenever he tended to drift away for periods of time.

There’s a somber beauty, watching an unrequited love story. There’s just something so engaging about seeing a person love another so much, while knowing that the other doesn’t feel the same way. Probably because it’s something most of us can relate to. To have such a minor character hit me so hard 10 years after I played it was a bit of a shock, but I can now fully appreciate how Tony felt, knowing what I know now. Don’t let this week get you down, guys. Appreciate those you love, and those that love you back, romantic or not. And hey, who knows? Maybe that annoying friend of yours cares for you a bit more than you realize…