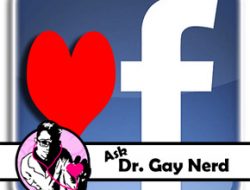 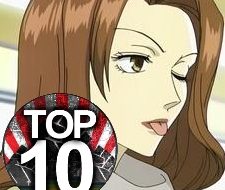 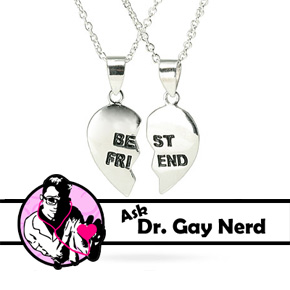 Ask Dr. Gay Nerd: Help! I Fell In Love With My Best Friend!

There was this boy and we had a pretty instant connection.  We grew to be fast friends and then a bigger attraction began to simmer between us.  Eventually, I worked up the courage to tell him that I had feelings for him.  He reciprocated the sentiments, although he confessed that he couldn’t be in a relationship with me right now because he was still haunted by the demons of his past relationship.  He also declared that I was too good for him and that he didn’t want me to wait for him, because he didn’t think that he’d ever be ready to love again.

I told him that I didn’t plan on waiting for him.  If I found someone who made me feel the same way that he did, I wouldn’t push them away.  But this doesn’t mean that I would kick him out of my heart in the meantime, and that I know that I still had a place in his.  He agreed with this and that’s where things were left.

I’ve been working on moving on, although not all that successfully TBH.  I’ve had some dates with other guys, but no one’s impressed me.   Doesn’t really matter, though.  In the meantime, the boy ended up meeting someone else and going on a few dates with them.  He recently told me that he actually really likes this guy and thinks that there’s a serious relationship in their future.  Being such good friends, I’m naturally the first one he’d want to tell.

Now I just feel utterly stuck.  I tried my hardest to move on, but that’s not something which can really be rushed.  I refuse to sacrifice my friendship with this boy, as he’s one of the best friends that I’ve ever had.  At the same time, I feel very twisted and confused.   How do I process this?  Where do I start to get over this?  Can I even?

-I Thought Jean Was Supposed To Be With Cyclops Everything you thought the two of you would be.

Ouch.  I’m sorry.  I really don’t think there’s anything that you could have done better here.  This is just a shitty situation all over.  Relationships that blossom between friends are always a double-edged sword.  Their origins often make them strong and durable, yet when they go wrong, they hurt worse than any others. Jean is *supposed* to be with Scott. So why did yours choose Logan this time instead of you?

I’m going to level with you here.  I had a conversation once with a married friend of mine who was telling me about all of the losers she dated before she found her husband.  Each one of these losers would end up breaking things off by feeding her a line of Typical Male Bullshit.  This TMB is exactly the same as the types of lines that your friend fed to you.  I know that you want to believe the best in him and he may have actually said those things in a completely genuine manner.

The fact of the matter is, however, that everything he said to you is still TMB.  If he wanted to be with you, he would be with you.  He wouldn’t be out dating other people.  It’s harsh, I know, but it’s true.  I could give you a lot of fluff and sugarcoat this, but the sooner you realize this is the case, the more quickly you can move on.

It’s pretty admirable that you’re determined to keep him as a friend.  This guy must be pretty special for you to want him in your life, no matter what it takes.  But what I think it really shows just how remarkable you are.  This guy is pretty lucky to have you.  I hope he realizes that.  Just take things slowly, one day at a time.  Your old friendship will creep back and, who knows?  The two of you may end up even stronger in the end because of this.

You must be in a lot of pain and all of that pain is completely valid.  Don’t let it define you, however.  Think of it this way:  In the end, who do you want to be the biggest defining influence on your life;  You, yourself, or some stupid boy who threw away the greatest thing that ever happened to him?  Let yourself feel this pain, but let it go as you are experiencing it.  Don’t hold onto it, don’t turn bitter, and don’t let this asshole be “the one who got away.”  Instead, know that you are the one who got away from him and, in the end, he’s the one you were lucky to avoid because you don’t really want to be with someone who would do this to you anyway. Why have plain old Jean when you can have Emma?

Besides, for every Jean Grey lost, an Emma Frost is found.  Trading up?  Perhaps.

Have a question for Dr. Gay Nerd? Send an email at:askdrgaynerd( at )gay( dash )nerds( dot )com (just make sure  you replace the words and parentheses with the correct punctuation).