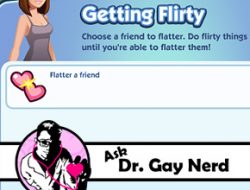 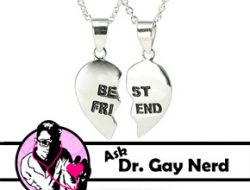 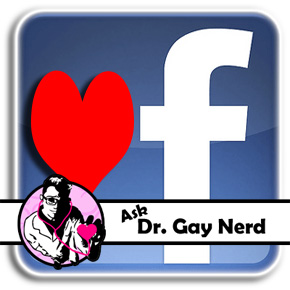 I was checking my college friend’s facebook the other day, and I found the profile of one of her classmates, he was kinda cute so I decided to check it. While I was there I found out that he likes Lady Gaga, Kylie, Britney, etc, and I was like “psh of course he is gay”, but I didnt put much thought into it (or him). Then, after some time, I saw both of them at college and he was extra-cute, wearing a white v-neck shirt and just being attractive. I decided that I should meet him, so I went to my friend and she told me he is really gay and apparently single. The thing is, I have never dated anyone and I have no experience in meeting people (for more than friendship that is). I could just wait for an oportunity when he and my friend are thogether to try and talk to him, but I’m not sure that would be effective. My friend said I should add him on Facebook and talk to him, which I think would be odd since we never even met in real life. What should do? Should I just go to him and ask him out (please tell me I don’t have to do that @[email protected]), should I add him o Facebook and do something?

Should You or Shouldn't You?

You don’t have to go to him and ask him out.  But you also don’t have to ever meet this guy and date him either.  At some point, you’re going to have to go outside of your comfort zone and take a risk because that’s going to be the only way that you end up getting what you want.  This, however, doesn’t mean that you should rush into this with reckless abandon and pursue something with this guy.  That’s not going to get you anywhere.

I feel like I’m able to say this to you with a great deal of experience to back me up.  I didn’t know very many gay people at all as I was growing up and in my desperation to meet some, I scared quite large number of potential friends away.  Going straight up to someone whom you’ve never met and asking them out is most likely only going to make you come off as a little crazy and push this guy away.  (Unless, of course, you happen to see him out at a bar or an event where something like that would be appropriate.) Getting coffee is a great way to chat with someone and get to know them a little better!

You could add this guy on Facebook like your friend suggests, but it seems a little forced.  You say that you saw the two of them out together, so your friend seems to be on good terms with this guy.  Hopefully, she’ll do a little to help you out in this department.  Ask her to introduce the two of you.  By introduce, I mean actually introduce.  The three of you going out to get coffee could be great.  She’ll be there as a buffer but the two of you will get a chance to talk and get to know each other.  After this, adding each other as Facebook friends is totally appropriate.  From there, you can talk more and make plans on your own and get to know each other a little better.

I’m not saying that walking up to someone and introducing yourself is never going to work.  It can and it has in the past.  However, it’s something that requires a great deal of confidence and guts.  I’m not calling you a coward, but I don’t feel like you’re in the right place yet to accomplish this, based on the fact that you asked me to not tell you to do exactly that.  If you want to meet this guy, ask your friend for some help.  She should hold the key to getting you a meeting.  From there, it’s all going to be on you.  You’ll either have chemistry or you won’t… you’ll be a good potential match or you’ll end up friends or you won’t be able to stand each other.  Who knows?  Only time will tell.  Until then, recruit a little help and get your friend to introduce you.  It’s your best shot for an organically comfortable setting.

Have a question for Dr. Gay Nerd? Send an email at:askdrgaynerd( at )gay( dash )nerds( dot )com (just make sure  you replace the words and parentheses with the correct punctuation).