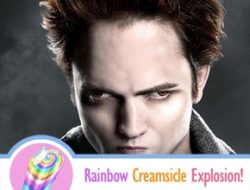 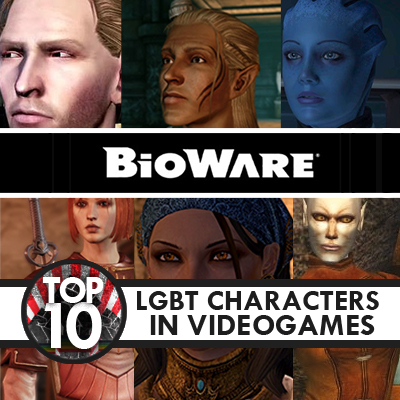 Yes, Bioware won our illustrious #1 choice as the best overall LGBT video game character. Someone reading this right now feels a little butthurt about Gay-Nerds “dodging the choice.” Well, no, we’re not really dodging anything.

Understand that these lists involved quite a bit of heated discussion, broken friendships, and pistols at sunrise for the GN staff to create. But while arguing back and forth for what characters should make the list, we quickly noticed that certain names popped up again and again in very high positions: Juhani from Star Wars: Knights of the Old Republic, Liara T’soni and the rest of the Asari race from Mass Effect, and pretty much any playable character from Dragon Age. But all of those characters have something in common, don’t they?

Bioware. Especially in the last five years, an astonishingly high number of LGBT characters in video games have come from the Canadian developer. Furthermore, Bioware weaves them into intricate stories and universes that involve fully fleshed out characters and romances, including all sides of the rainbow. To pick a single one as the best representative of LGBT characters in video games does a disservice those not picked, so we had no choice but to take them all.

But most importantly, Bioware continues to support LGBT people in video games and the real world. When a few ignorant posters on the internet cried foul at the homosexual content in Dragon Age 2, Bioware responded with one of the best written, most eloquent examples of “yer doin it right” for equality. And even more recently, Mass Effect 3 was confirmed to contain expanded romance options for both male and female characters, including homosexual pairings.

Bioware shows no signs of stopping their march towards excellent representation for all people, and we can only hope that other developers will follow their lead on how to handle LGBT representation. Of course, the players have always known the answer – treat us like everyone else. So for actually understanding that, as well as letting gay characters kick ass in some of the most kick ass RPGs to ever kick ass, Bioware stands firmly as our top choice for LGBT video game characters.