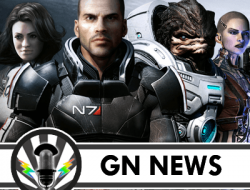 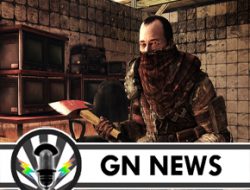 NEG wants you to donate $1 charity in exchange... 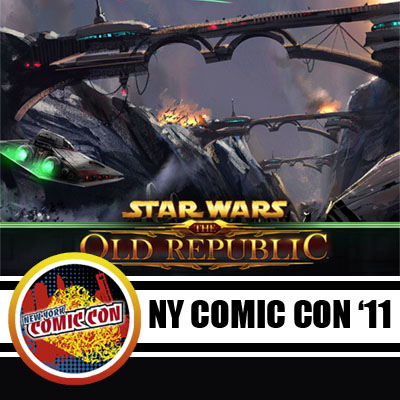 In just a few weeks, on a computer close, close by…

Set 3,653 years before the movies, but 300 years after KOTOR, a cold war has taken over after series of vicious battles across the galaxy following the return of the Sith. Into this world, players will have to decide their allegiance to either the Republic or the Empire. Every class has a specific storyline, with unique quests, that builds upon the premise of the two factions vying for control. The overarching storyline features all the classes and evolves with the players as they fight. Background catch up finished, Bioware gave us some numbers as insight into how the game is coming.

There will only be one game, and it’s the only project they’ve been working on. But that means they’re totally into it, which is nice. Hopefully developers are always into their products, but at least we’ve got some PR speak confirming that. Doesn’t mean they aren’t working on future expansions, though. Live support for SWtOR is already active, and 4.8 million hours of testing have already gone into the game. The community is burgeoning, with 200,000 forum posts a week coming into their sites.

In terms of gameplay, fifteen flashpoints (read: dungeons) will be ready at launch. Different from the typical dungeon, SWtOR features these dynamic, story driven spins on the classic dungeon, and Bioware has promised flashpoints appropriate for every level to allow advancement through them to be a viable leveling option. And when you’re done? Hard mode, kids. Hard mode. Three different warzones will let plays slash it out in PvP, utilizing Alderaan, Narshadaa, and a place called “The Voidstar,” a prototype ship lost since the last war, both sides have been searching for this legendary vessel for years. Empire and Republic forces will alternate playing defender and attacker, with players trying to blast their way through bulkheads and reach the computer core’s valuable information.

As far as the social, non-blasters and lightsabers parts of the game, players can go to their faction’s home fleet. This is where many vendors, auction houses, launch points for missions, and sexy dancing twileks will be waiting for your credits. Buyers of the collector’s edition will even have access to a special VIP area so they can gloat and be snooty. No word yet on possible mobile phone applications (though it was hinted that one is in the works), and Bioware remained tight lipped on how they plan to balance the sides if Republic and Empire forces are uneven, which they almost certainly will be. There will not be a dungeon finder implemented at launch to encourage players to explore and beg in the streets for groups (healers, brace yourselves).

As far as Light/Dark orientations for characters go, specific items and outfits will reward players for exploring each side and characters will change in appearance based on their affinity. But no new abilities are planned for each side due to unbalancing fears, which means that once you’ve maxed out, you won’t hear “Oh, you should have gone Dark Side.”