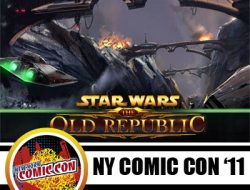 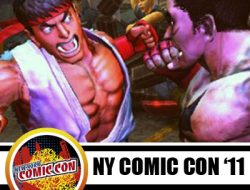 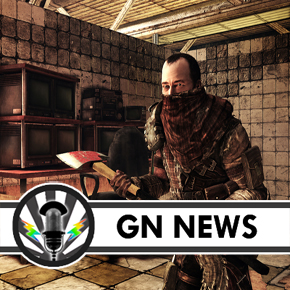 NEG wants you to donate $1 charity in exchange for Afterfall: Insanity

Nicolas Games and Intoxicate Studios are fantastically ambitious. This indie games developer team has been working on a survival horror game inspired by the Fallout series for the last few years, and now that it’s close to finished, they’d like it to hit the streets with a bang. If pre-orders for Afterfall: Insanity reach 10 million, they have promised to donate 10% of the income to charity and then split the money evenly with the charity on any pre-orders over the 10 million mark. How much are they asking for this Dead Space-like game? $1…if the pre-orders go like they want. Watch the video and get the full story.

Despite name dropping Justin Beiber and repeatedly walking away from the camera, Patrick makes a compelling argument. The game does look well polished and will definitely be worth a look when it comes out next month despite the outrageously awesome line-up for November. But is 10 million pre-orders really even possible for this game so few had even heard of before this charity stunt in a month with Battlefield 3, Call of Duty, and Skyrim coming out? Probably not, but with the money going towards a good, unnamed cause either way, we can’t blame them for trying.

In case you’re curious, Afterfall: Insanity will be the first entry in the Afterfall universe (a fact they seem adamant on mentioning every few minutes). The Third World War has driven humanity underground into protective shelters, but in 2035, cabin fever begins a death grip on the remaining population. Players will take the role of Albert, a member of a medical team responsible for the mental and physical well-being of his underground home. He’ll have to battle demons both within and without to survive this nightmare and find hope for salvation in a world that’s already torn itself apart once before.

You can get more information on the game or pre-order a copy on their website here. And you can talk about indie games, charity donations, and Afterfall here in forums.

» Videogames » NEG wants you to donate $1 charity in exchange for Afterfall: Insanity