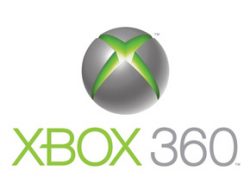 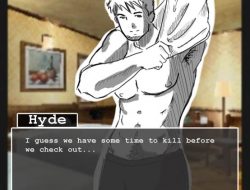 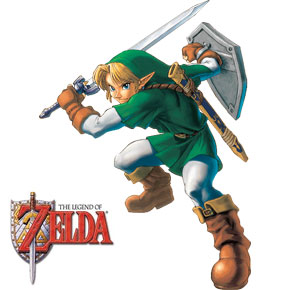 Are They Or Aren’t They?: Link Almost anyone that has touched a video game system is familiar with The Legend of Zelda series and Link, its silent protagonist.  Using Nintendo’s “If it ain’t broke” formula, each game has small to drastic gameplay differences, with only slight tweaks to the storyline.  Link’s heritage or birthplace may change, but his dedication to heroism (brief kleptomania with townspeople’s rupees aside) has stayed consistent.  However, with that foppish hat and tight little booties, the question gets asked:  Could Link be gay?

“No way!  Link always gets the girl in the end!”  True, Link does save the girl (mostly Zelda) in the majority of his titles, but does that make him straight?

Why he might be gay: In the Legend of Zelda series, each “Link” is a different character then the previous installment (with a few exceptions).  With each generation, it’s definitely possible that at least one of them would be gay.  In fact, the name “Link” is just a placeholder.  You can name the character anything you like.  Since none of the games have any true focus on Link’s romantic relationships, you could easily assign him an orientation.  Link has no real personality of his own, outside of his eagerness to help out someone in need (which allows the player to fill in the gaps).  In Ocarina of Time, there were at least four girls (Saria, Malon, Ruto, and even Zelda) that wanted a piece of Link’s sweet sweet Kokiri ass, but he never showed an active interest in any of them (especially Ruto).  It would be pretty easy to assume he finally made a choice after the game ended and everything settled down, but what if he decided he really wanted a “big Goron hug” instead?

How could you say no to this face?

Why he might not be: It works both ways as well.  Just because he doesn’t have a solid romantic interest doesn’t mean he has one preference or another.  Games like Fable have expanded on the ideas Nintendo built with allowing you to woo NPCs and even marry whoever you like, but Link has stayed pretty much asexual over the years.  Poor Link just doesn’t seem to have the time to care.  Besides that, there’s always some damsel in distress.  It’s hard to picture someone going to that much trouble to help a chick unless there was a possibility of at least some light snogging afterward.

Why he should be gay: It would be an excellent story evolution for Link to pursue any relationship in a game, gay or otherwise.  In addition, making a version of Link definitively homosexual would actually be pretty damn ballsy of Nintendo.  Remember when Samus was revealed to be a woman?  It would be a great throwback to the fearless Nintendo of old.  And having such a mainstream hero come out of the closet (even just for one game) would be a great ego boost for gay nerds everywhere.

Why he should stay in the closet: Developing emotional attachment to characters brings a bit of trouble for sequel potential, especially for a series such as Zelda.  Nintendo isn’t afraid to re-use characters for each game, but they rarely use them in the same setting (such as the cast from Ocarina of Time’s jump to Majora’s Mask).  It would be a shame for Link to finally find love, only to have it pulled away from him in the next game with a whole new cast.  Also, if Tingle is Nintendo’s idea for a gay character, it might be best for Link to stay on the down-low for now.

» Videogames » Are They Or Aren’t They?: Link