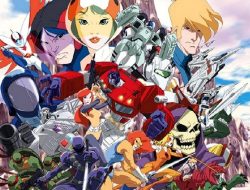 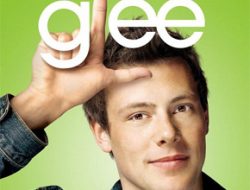 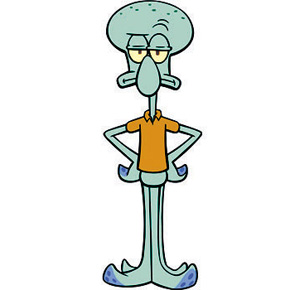 Are They Or Aren’t They?: Squidward Now, I know most of the “Are They or Aren’t They” talk about the SpongeBob Squarepants show focuses on the titular character and his life partner best friend, Patrick Star, but what about the surly cephalopod next door? I know what you’re thinking. “Again with the cephalopods, Sweetdee?”  Biased though I may be, I really do think that Squidward is the overlooked homo of the series. Everyone focuses on SpongeBob because he runs around in his underwear and can make rainbows appear out of thin air, but he’s just meant to be a goofball.  While SpongeBob is off catching jellyfish, Squidward’s at home reading Interpretive Dance Quarterly and aging fine cheeses. Squidward’s affectations are also played for laughs in the show, but that doesn’t mean the series’ straightman can’t be gay.

Why he might be gay: Squidward’s appreciation for dance and fine arts coupled with his disdain for Bikini Bottom just screams big queer stuck in a small town. Then there’s his relationship with rival Squilliam “Oh no! He’s hot!” Fancyson. It should also be noted that the only female character he’s ever been attracted to was just Patrick dressed up in a wig. And who can forget the time Squidward made SpongeBob cater to his every whim in an assless maid’s uniform? Why he might not be: The show’s writers are probably aiming less for “bitter queen” and more for “pretentious asshole” when it comes to Squidward. A straight man (or squid) can and should be able to enjoy interpretive dance without having his sexuality questioned. Likewise, not all gay men enjoy art exhibits and pedicures.  Assuming that any of the SpongeBob characters are gay requires quite a bit of stereotyping.

Why he should be gay: I think it’d be great to have an openly gay character on a kids’ show. These days there’s too much emphasis on the sexuality in homosexuality.  People assume that a gay character equates to graphic depictions of gay sex, which is simply ridiculous. Having a gay character on SpongeBob would be a good choice because it’s highly unlikely that any of the regulars on that show will ever be part of a romantic relationship that last longer than eleven minutes. Squidward could be gay and continue being himself.  He’s here, he’s queer…and, uh, he plays the clarinet.

Why he should stay in the closet: When I watch SpongeBob Squarepants, I can understand where Squidward comes from with his dislike of SpongeBob and his antics—but I’m an adult. (I’m an adult that watches an absurd amount of cartoons, but I’m still an adult.) It wouldn’t surprise me if a lot of children see Squidward as more of a villain than a hero.  In a perfect world, this wouldn’t matter, but in today’s world the conflation of evil and gay is best avoided.

Do you think Squidward could be gay? Is Sandy a big ole Texas dyke? Am I reading too much into a show meant for children? Talk about it in the forums.

Tags: Are They Or Aren't They?, cartoons, cephalopods, SpongeBob Squarepants, Squidward, Squilliam

» Television » Are They Or Aren’t They?: Squidward