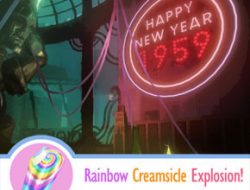 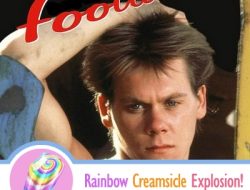 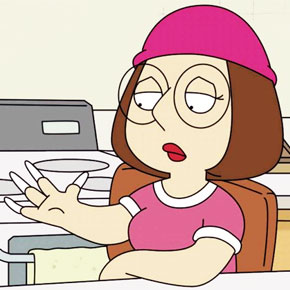 Are They or Aren't They: Meg Griffin

“Another Family Guy character! Is GN gay for that show or something? Huh? Are ya gay for Family Guy, Gay-nerds.com? You should change your name to Family Gay-Nerds.com, since you love Family Guy so much. Hur hur hur.” Projected self-loathing aside, we were hesitant to do this profile because…it’s Family Guy (again!), and worse yet, it’s Meg from Family Guy. Meg is awful. Despite all the hate she gets, Meg’s character is always evolving (and reverting) and occasionally she get’s the spotlight on the show. She’s been an Evangelical Christian, her father’s chauffeur, and the lead singer in the family band. Of course, 22-minute careers and/or affiliations are nothing new for TV characters (to say nothing of Family Guy characters). What sets Meg a part (and the reason we’re doing this article) is her supposed future status as a transgender person. Why she might be transgender: In Stu and Stewie’s Excellent Adventure, the final part of season four’s three-part finale, Stewie travels thirty years into the future where things are shaping up like one might expect: Brian is dead, Chris is married, Future!Stu is a 30-year-old repressed homosexual virgin, and Meg has transitioned into Ron. The rest of the family is for the most part supportive; especially if one takes into account the grief they usually give Meg for just being alive. Even at the end of the episode, when Stewie has supposedly changed the time stream or whatever you call it, the writers hint that this has had no effect on Meg’s eventual transition.


Why she might not be: It’s Family Guy. Love it or hate it, everyone can agree that the writers on that show value a quick joke over continuity any day of the week. Hell, forget continuity, they’ll disregard physical possibility for a joke about an 8-year-old dog having a 13-year-old son with a human woman in her late 20s. This isn’t to say that the show is bad so much as to stress the point that one side-joke in the season finale does not a transgender character make. This is the most characterization Meg has ever gotten.

Why she should be transgender: It’s Family Guy! This show, for better or worse, is something of a pop culture phenomenon (at least in America), and Meg is a principal character on the show. Recurring transgender characters are pretty rare on television, and the Family Guy writers have shown that they can be sweet and even touching when they want to be. This would give them a chance to make Meg something more than the butt monkey of the show.

Why she should stay in the closet: It’s Family Guy. Recently, they featured a confirmed transsexual character, Ida Quagmire, and while the show is quite classy in its portrayal of her, the same can’t be said of other characters’ reactions to her. For instance, not soon after transitioning, Ida meets and sleeps with Brian (yeah…the dog). They have a good time together, but when Brian finds out that he slept with a trans woman, he reacts by vomiting profusely. Yes, it’s just a joke and yes, Family Guy is an equal-opportunity offender—making fun of everything from AIDS to the Pope—you can’t really call it equal when the cards are already stacked against you in society. Brian’s reaction? That trans panic? We’ve seen the result of that line of thinking before, and it’s not funny.

What do you think? Should Family Guy try to tackle this issue, or should they just stick to fart jokes? Tell us in the forums.

Tags: Are They Or Aren't They?, Family Guy, meg griffin

» Television » Are They or Aren't They: Meg Griffin