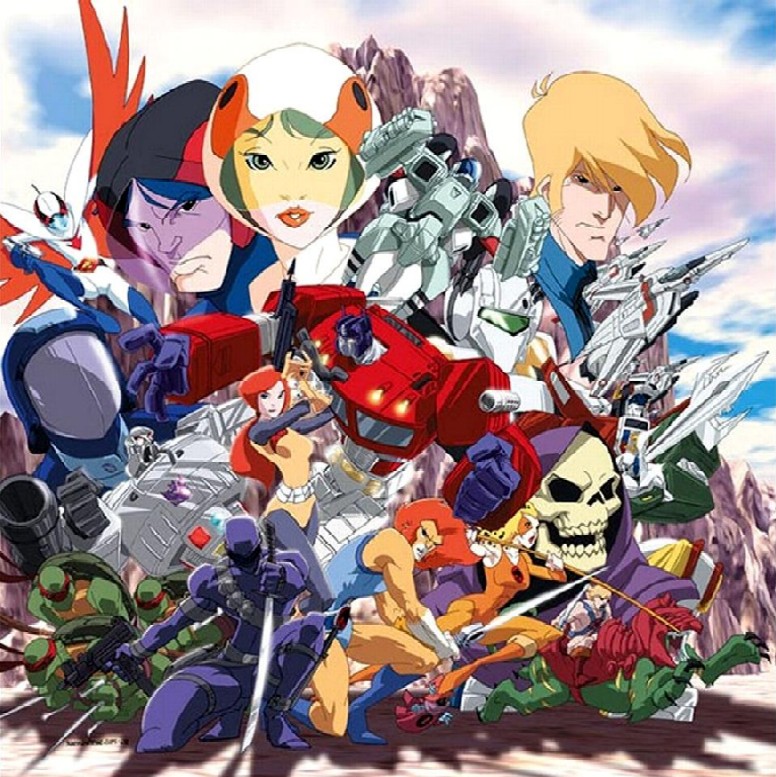 It’s fair to say most mainstream nerds grew up as kids in the late Eighties or early Nineties. You can see examples of this just by walking into a Hot Topic and counting the number of Care Bears and He-Man shirts for sale. It becomes especially apparent if you listen to a couple of B-sides from your favorite artists. In this special edition of Nerd Music, we’ll be highlighting some of the best old-school cartoon covers around.

Honestly, it’s hard to say if this or the original version is better. Freezepop is a synth group best known for their songs appearing in the Guitar Hero and Rock Band games. This track comes off of their album “Fancy Ultra•Fresh” as a hidden track.

The final track from the band’s “Pizza” EP, this song is hard, heavy, and fast, but matches the original theme pretty well. The added sound bytes from the show add humor to it as well.

There’s so much attention to detail here, they even added in the “After ten thousand years I’m free!” bit. The opening theme was pretty rock heavy before, but they add a nice bit of speed to the mix here. This track is actually taken from the Child’s Play 2008 Music For Charity album.

A nice acoustic version of the already catchy opening theme. Taken from his Youtube channel.

“My Little Pony Song” by Sleepymanny

Ever get a song stuck in your head and you just can’t get it out? That’s definitely what’s happening here. Found via his Youtube channel.

“The Simpsons Theme” by Green Day

You might argue this isn’t a cover, since it actually appeared in The Simpsons Movie. Semantics aside, it’s quite catchy, and the few vocals in the song are a nice touch.

No lyrics in this one. Very solid and well made, however. You can get more (like the Sailor Moon and X-Men themes) on his Youtube channel.

“Thundercats Theme” by The Rembrandts

Yes, that IS the band best known for creating the theme to Friends. Why do you ask?

Known mostly for 8-bit video game covers, Minibosses branched out with this epic cover of the opening from the GI Joe movie on their debut album.

This is a cover of the original animated series theme (albeit, the one used in the animated movie). It made its way to the soundtrack for the first live-action Transformers movie.

Join the discussion in the forums!