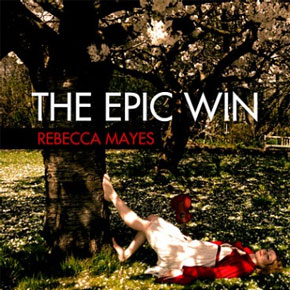 In this weekly feature, we’ll be highlighting various musical acts that are centered around nerd culture. These will include video game chiptune creators, comic book rock bands, or just a well-known composer. Our first artist is everyone’s favorite muse: Rebecca Mayes.

Rebecca Mayes is one of several video reviewers for The Escapist, but with a twist. All of her reviews are written in song. Debuting in June of 2009 with a surreal take on The Sims, Mayes quickly worked her way into the heart of gamers the world over with her beautiful voice and unique music video style of review.
Having Mayes arrive on the scene has been more then refreshing. Game video reviews are about a dime a dozen at this point, and it was nice to finally have a new take on such a popular pastime. It helps a lot that the music is solid too. Rebecca Mayes’s soothing voice quickly takes hold of you, and sucks you in. The videos themselves (which admittedly look very fun to make) are just the icing on the cake.
It was recently announced that Mayes’s first album “The Epic Win” was nearing completion. Included with it is the bonus track “Dont Lose Your Head,” which shows off her talent for writing songs outside of the video game riffs everyone is accustomed to. Hopefully, the world will hear more (whether it be in video game reviews or album sales) from Rebecca Mayes very soon.
A few of her videos are embedded here, but for the full Rebecca Mayes experience, check out the rest on her Escapist page. You can also read her blog for more insight into the song-making process. Her album is also available for sale now through this site, and will be available on iTunes on May 28.

“Rock Star” – A Guitar Hero/Rock Band inspired riff on how it feels to live out your rock dreams in the game.

“Don’t Shoot Them” – Presenting the message that zombies are people too.