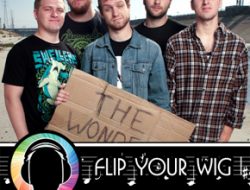 Flip Your Wig – The Wonder Years "The Upsides"

Gay Nerd Playlist! Check it out, Simple and Clean,... 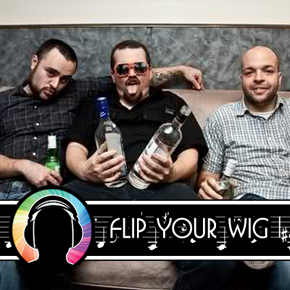 Welcome to Gay-Nerds biweekly review of music made by members of the GLBT community and their allies. This week, we’re going to be taking a lot of our community out of their comfort zone and into the world of metal. I was originally thinking about reviewing something by Gorgoroth, but decided that doing so would probably be a bad decision; not only is black metal not my cup of tea, but there’s also the story about their old frontman torturing some dude, draining his blood, and forcing his captive to drink from it. Instead, we’re heading somewhere a bit warmer (Georgia) and less frightening to hear Torche’s new EP “Songs for Singles”. One look at Wikipedia’s page describing the subgenres of metal is enough to make one give up on the genre entirely. Much of the community is caught up in the extremes. Either bands feel the need to push themselves to be the most deafening, technical or unpredictable, or they seem to offer nothing more to your music library other than a carbon copy of song templates etched out decades ago. I often find myself dismayed by these polarized views of metal; I just want a cohesive batch of songs that makes me want to air guitar and shove people around in a crowded basement. I want metal to be fun and to rock without feeling like I’m listening to an attention whore scratching for a sense of “uniqueness”.

Thank God Torche exist. Here is a band with no gimmicks, who aren’t interested in the endless dick-measuring machismo that goes along with a lot of heavy music, and, most importantly, want to be played at the maximum your car’s stereo can handle. Torche strike the sweet spot somewhere between Judas Priest and Boris. Torche heavy without being alienating and catchy without being calculated, Torche are one of the few bands around that remember that rock used to be fast, fun and loud. The band blazes through 8 tracks of in 22 minutes, not giving the listener a single moment to stop and catch his or her breath. Most of these last less than two and a half minutes, allowing just enough time for the unorthodox structures to get stuck in your ears before being wiped away with another fresh blast of feedback. I think the best parts of the album are the final two tracks, a ten minute, blues-infused ass-stomping that reminded me of when Queens of the Stone Age were being hailed as the next big thing. While I feel that I should be writing more about this album, I don’t want to expound tons of text on an album whose creators didn’t want people to look too deeply into. Just grab some friends, some cheap beer and proceed to party. This might be one of the few albums you and your classic-rock loving dad might like too. Oh, and if you see Steve Brooks at a show, leave your eyeliner at home. He’s not into that look.

Recommended if you like: Queens of the Stone Age “Rated R”, Thin Lizzy “Jailbreak”, Coliseum “Goddamage”

Like it? Loathe it? Discuss it on our forums!