Gay Nerd Playlist! Check it out, Simple and Clean,... 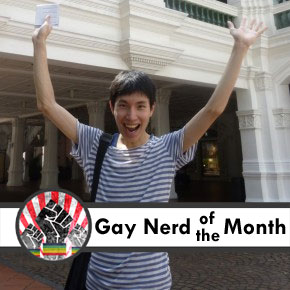 Gay Nerd of the Month: Tuck 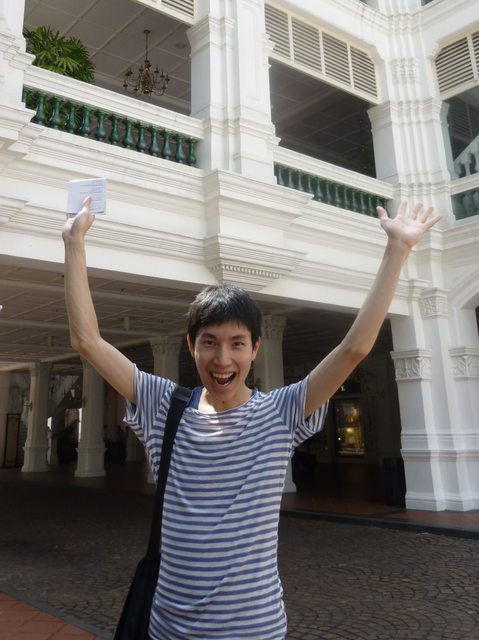 GN: so Mr. Tuck, welcome to our first ever Gay Nerd of the Month
Tuck: thank you 🙂
GN: Can I call you Mr. Tuck or is there anything you’d prefer to go by?
GN: C’mon, give our readers something to facebook stalk you with
Tuck: just Tuck is fine actually. that’s my real first name. also, i think my facebook url is listed on my profile page…
Tuck: i am not up on my privacy issues clearly 😛
GN: Well, that works out great for the guys that think you’re adorkable then. Cause you totally are
Tuck: haha, thanks. it takes a lot of work so it’s good to be acknowledged 😉
GN: Haha, oh you… Anyway, let’s learn a little about the man. What are you up to these days?
Tuck: sure. so i’m a phd student at ucla in human genetics. i study sex differences in the brain. It’s been a productive few months in terms of lab work and the lab where I spend most of my time. I am also moonlighting as a TA this quarter.
GN: Sounds intriguing. Was being gay a factor in choosing what to specialize in?
Tuck: actually it was. I work under Eric Vilain and our lab is one of the relatively few that does research on the biological basis of sexual orientation so I worked on that project for a little bit. Eventually it went in a different direction and there was a project to look at brain sex differences so I took that on.
GN: Quick question about your research… Do girls really have cooties?
Tuck: well, that’s classified for now. You’ll have to wait for our paper to come out and the subsequent New York Times interview. Here’s a hint: yes
Tuck: although sweetdee may argue that my conclusions are biased 😛
GN: Haha, well I’m sure we have cooties as well. I hope your research will pave the way for a cure
GN: So it sounds like you’re well accomplished and smart but that sounds taxing. What do you do to unwind?
Tuck: thanks. I like to play videogames, watch glee, read and post on fun forums (like the one we have!).
Tuck: I also cook once in a while to relax but it’s usually because I have to feed myself 🙂
GN: So as you know, our site is named gay-nerds.com. So, what’s the gayest thing you’ve ever done?
Tuck: haha, I assume we’re doing the family friendly version
Tuck: (not that there’s anything exciting if we’re not :-()
GN: Bitch plz, we love the dirt. Tell as much as you’re comfortable telling
Tuck: I went to Folsom in SF, took a picture with a porn star. Saw the same guy on Halloween (one of few perks of living in LA) and kinda strong-armed him into taking a photo with me 🙂 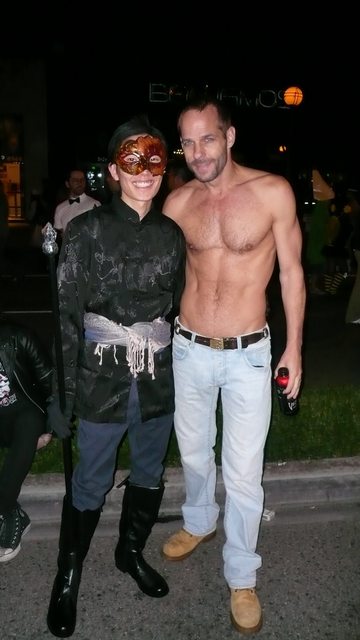 Tuck: at Halloween I was dressed as a Mesmer from guild wars. I probably freaked him out just a little
GN: I was going to ask what was the nerdiest thing you’ve done next but it seems like you have that covered already, haha
Tuck: yeah, I think that kinda combines the two nicely. My identities frequently overlap
GN: No wonder you decided to join and contribute to GN 😉
Tuck: the URL neatly describes almost everything about me ^_^
GN: Speaking of which, you have a blog right? (http://adamantiteget.blogspot.com/)
Tuck: yeah, although I have been neglecting it. I write about videogames on it. It’s primarily intended for me to be able to remember details about what I’ve played. I kinda woke up one day and realized I didn’t really remember most of the games I’ve played all that well (most for good reason).
Tuck: gaming’s such a huge chunk of my life that I decided it probably shouldn’t be going down the memory hole anymore
Tuck: it’s also helpful because now when I talk to people about games that I’ve written about, all my thoughts are in order
Tuck: I can be extremely scattered
GN: Sounds convenient, haha 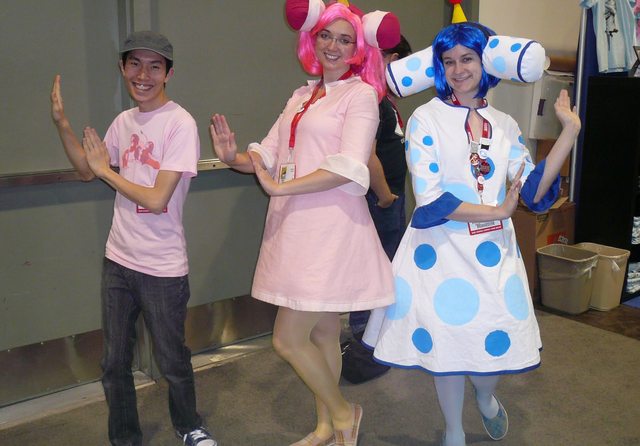 GN: So based on your forum relationship status, you’re spoken for, right? (Commence booing and jeering)
Tuck: I am. I’ve been with him for seven years now. We met in college and just clicked from the beginning 🙂
Tuck: we stayed up till 4 the night we met.
Tuck: talking about parasite eve and FFVII
Tuck: it’s like the plot of a terrible nerd romantic comedy
GN: Sounds more like the perfect date to me. But then again, I’m biased haha
Tuck: it’s pretty nice until the wow widower thing happens 😛
GN: He’s a WoW addict, eh? He must be going nuts over Cataclysm
Tuck: yeah. He’s starting a new character and everything. It’s been days of constant talk about new talents and consolidated spells. The enthusiasm is pretty endearing 🙂
GN: Oh delightful nerdgasms haha
GN: Ok quick and random question time: You were working late and the building emptied out a long time ago for the weekend. As you were taking the elevator down, it gets stuck mid floor. Your cellphone does not have signal in the elevator. What are you going to do?
Tuck: clearly all you can do at that point is huddle in the corner and cry the whole weekend. And then remember on Monday morning that there’s an emergency phone that dials the fire department
GN: clearly, the only sane response
Tuck: what could be more logical? It is coming from a scientist after all, haha
GN: Sort of glad that I didn’t go with the zombie apocalypse question now…
GN: Anyway, it’s been great interviewing you Tuck! I look forward to reading more articles from you here and seeing you on the forums!
Tuck: thanks! It’s been a blast.
Tuck: 😀

Discuss him in the forums!