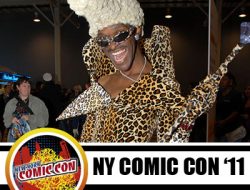 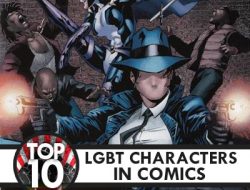 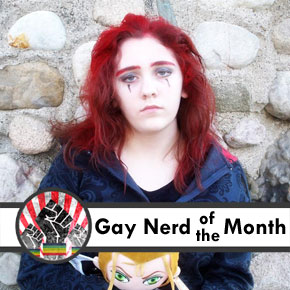 GN: Congratulations on being October’s Gay Nerd of the Month!
GN: Any message for the people who voted for you?
Harvest Moonstruck: Thank you. It really was a surprise. I don’t think I contribute all that much honestly.
Harvest Moonstruck: I post pictures to entertain the masses.
Harvest Moonstruck: Doesn’t seem special to me.
GN: I think you don’t realize how much you contribute really. It’s all about posting interesting things and being an active and awesome community member
Harvest Moonstruck: Oh… Well I am active, that’s for sure! One of the many perks of having no life I suppose.
GN: I mean, at that age, who really had one? GN: So what do people know you by IRL?
Harvest Moonstruck: Chloe.
GN: I have to address the Waillord in the room and have to mention that you’re probably the youngest active member in our community
GN: So you’re in high school, right?
Harvest Moonstruck: Really? I thought there were other people that are around my age… Well, I don’t think anybody else is 15, but still.
GN: Yeah, there are definitely people in your age bracket but you’ve been around the longest
Harvest Moonstruck: Since January right? That seems like years ago…
GN: it’ll almost be your GN anniversary then!
Harvest Moonstruck: Almost! In a few months anyway. I have my birthday coming up now though so I’ll have something to get excited about in the meantime.
GN: Any special plans?
Harvest Moonstruck: Yup. My mom’s letting me take a day off of school to go to the bookstore and maybe Best Buy if we can scrounge up the cash.
Harvest Moonstruck: I really hope we can find the money. I need new games!
GN: Hopefully your teachers don’t read GN… 😉
GN: Speaking of games, What are your favorites?
Harvest Moonstruck: Pokemon, Kirby, Mario games, Zelda games, mostly Nintendo stuff.
Harvest Moonstruck: I like Starfy too but there’s only one Starfy game in the U.S. Apparently he’s too cute, but he looks just like Kirby only he’s a starfish.

Harvest Moonstruck: I call shennanigans on this Nintendo.
GN: That’s a really obscure game. Disgustingly cute
Harvest Moonstruck: Yes, I suppose it is obscure and disgusting. But I live for the disgustingly cute and the disgustingly… disgusting. I like really violent games and shows too. It balances me out.
GN: Like what games?
Harvest Moonstruck: Fairytale Fights, Dark Messiah of Might and Magic… we don’t actually have many since my mom hates gory stuff and I can’t just drop everything and drive to Best Buy or anything.
GN: Haha, so you play Dark Messiah then cap it off with some Kirby
GN: How’d you find GN anyway and what made you stick around?
Harvest Moonstruck: I think I just Googled ‘gay nerds’ one day because I thought nothing would pop up but then there actually was a website called Gay-Nerds. It sort of surprised me. I thought I was some sort of rare and unique creature and then I found all of you, haha.
Harvest Moonstruck: I stuck around because the people here are pretty nice. They’ve helped me through some pretty rough stuff, and for that I thank them.
GN: You make us all sound like fanciful unicorns and for that, I must thank you
Harvest Moonstruck: I’m now going to think of everybody on here as unicorns. What a lovely image.I must draw this later.
GN: Can my unicorn poop rainbows?
Harvest Moonstruck: But of course!
GN: You’re so thoughtful and talented
Harvest Moonstruck: I haven’t drawn unicorns or horses for ages though… This may not end well.
GN: I believe in you!
Harvest Moonstruck: We’ll have to combine our unicorn powers to make this the best thing ever.
GN: Speaking of unicorn powers, what’s the story about your mom joining the forums?
Harvest Moonstruck: Well, I had been pestering her for months and months to join because I wanted her to meet you people. I thought it would be kind of nice to not have to talk to her directly too so that I could listen to music while she’s yelling at me to clean my room.
Harvest Moonstruck: Unfortunately, her job got in the way of her site activity so she doesn’t have time anymore.
GN: That bites but it was such a treat to have her on the forums for a bit. Although, it was probably for the best that she never got 100 posts….
Harvest Moonstruck: Don’t bring up such dark things. Shame on you.
GN: I have no idea what you’re talking about. 🙂
GN: RaNdOm QuEsTiOn TiEM!
GN: You are now a Pokemon. What are you?
Harvest Moonstruck: I am a Scraggy because I am a derp and I just can’t seem to keep my pants pulled up.
Harvest Moonstruck: And because I am goddamned adorable.
GN: So, Halloween is coming up. What are you going as?
Harvest Moonstruck: I’m going to be Lumpy Space Princess so that I’ll have an exscuse to do the voice all day. OH MY GLOB MALISSA!!!
GN: Hahaha
GN: So you’re in your costume, right? You now have her powers. Unfortunately, the world is undergoing a zombie My Little Pony apocalypse. What do you do? Talk about her in the forums!