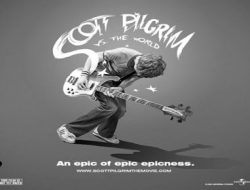 The Ass Bin: Sex and the City 2 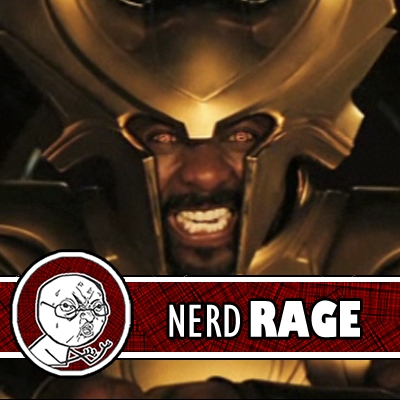 Idris Elba is one of the more talented black actors to being crossing over into major motion pictures, so you’re probably wondering why he’s the focus of my nerd rage. Well, as I was canvassing the interwebz for topics to discuss on Rainbow Creamsicle Explosion, I read about someone getting cast in the new Ghost Rider movie that no one cares about. I did a quick read-through to look at the sad slate of C-listers looking to rank up in Hollywood, and guess who I found? Yes. Idris Elba.

What the fuck is wrong with you/your representation? You're already going to be Heimdall in Thor this summer. Why do you feel the need to add Ghost Rider: Spirit of Vengeance to your pile of credits which is starting to get shittier and shittier?

I’m one of the few people who were touchy on the awkwardly color-blind casting of Elba as Norse God Heimdall for the impending Thor; but with the way they’re trying to shill Asgard as an alien planet, I gave up on the movie and my personal crusade to let the world know about the absurdly audacious casting move. My other reason for not liking the casting–and main point of this fit of rage–is that if Idris wanted it bad enough (and we all know that he does) he could easily play Luke Cage or Black Panther.

But the man doesn’t seem to have patience as a virtue. Instead of waiting for the right characters in the right projects to be green-lit, he’s basically putting himself in any comic book adaptation that would have him (and who wouldn’t, he’s hot, talented, and British) in the hopes that Marvel or DC would pull a Chris Evans or Ryan Reynolds and place him as the lead in the next superhero franchise.

You boffed it. You won't get to play him.

You’re hedging your bets, Idris. If Thor makes money, it won’t be because of you. If it flops, you’ll look stupid. If it succeeds, you’re Heimdall. We’re not even going to question whether or not Ghost Rider will be good. Nicholas Cage is taking a pay cut because he’s desperate to do anything to clear his shitty finances and they’re fast-tracking this movie for February (dump quarter for this genre) despite not having filmed a thing, let alone cast everyone. The Losers was fun enough, but definitely not a gold star to put on your resume. So you potentially have three comic-flicks that are supposed to show you off as a great action/superhero to Warner Brothers and Disney, but in reality, they do you no favors.
Please. From a fan who thinks you could actually get what you want, pull out of Ghost Rider as quickly as possible.
Am I overreacting? Does Ghost Rider: Spirit of Vengeance actually stand a chance?  Join the forums and weigh in on the discussion.