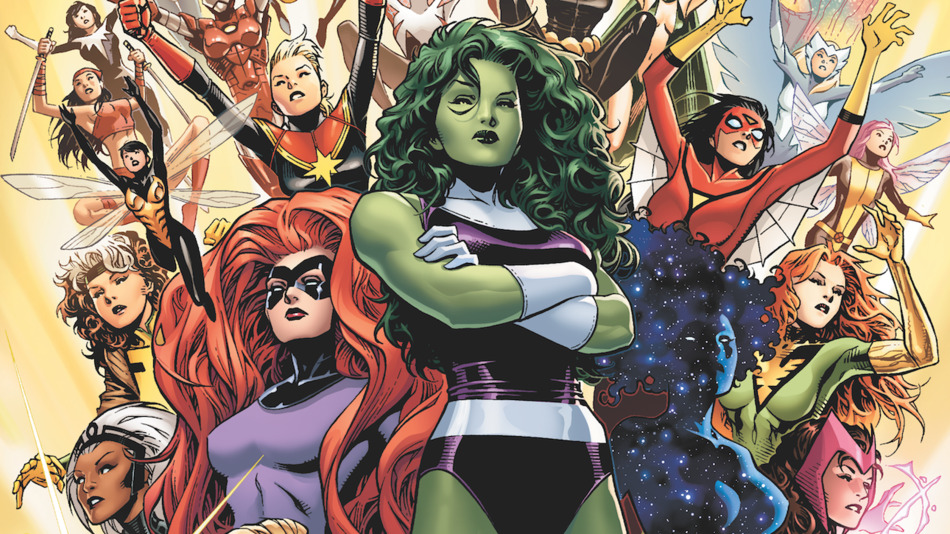 Step aside boys. You don’t want to be put in your place by this new team of all-female badasses

Marvel calls the team A-Force, and it’s made up of women spanning the entirety of the Marvel Universe. The A-Force will consist of She-Hulk, Dazzler, Medusa, Nico Minoru and many others — including at least one new superhero, a “cosmically powered” heroine named Singularity. I cannot be more excited for this run. Dazzler in her 80’s Disco Drag Queen costume?! Nico Minoru from the Runaways’ hype?!

A-Force will be co-written by G. Willow Wilson, who re-booted Ms. Marvel as a Muslim, and Marguerite Bennett, who wrote Marvel’s Angela standalone; X-Men artist Jorge Molina will be responsible for the art. Secret Wars, billed as one of the biggest shake-ups in Marvel history, starts in May and I can’t imagine it being in more capable hands. I’m a huge fan of G. Willow Wilson especially after her work on Ms. Marvel and X-men and she says that the cast for A-Force was specifically picked.

“We’ve purposefully assembled a team composed of different characters from disparate parts of the Marvel U, with very different power sets, identities and ideologies.”