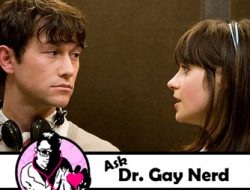 Ask Dr. Gay Nerd: Should I Tell Him? 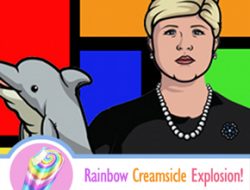 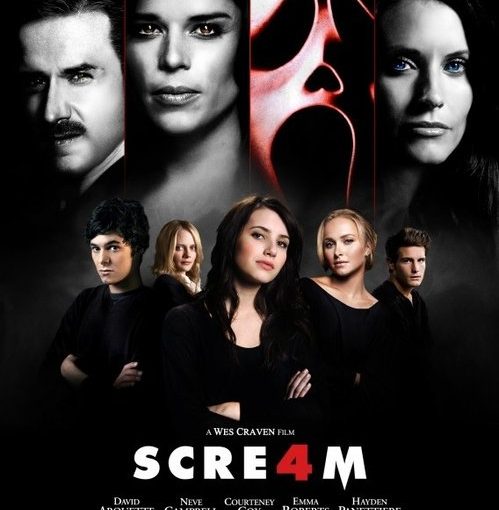 Here at GN, we regularly like to promote content written by our members to the front page. Here, the Sixth talks about Scream 4:
Before I get this review, I would like to go ahead and go over my history with the Scream series.

When I was 10 years old, I hated scary movies. Despised them even. As a kid, my first forays into horror were being forced to watch the Exorcist at age 5 (wonderful decision by my older cousins, who thought I could handle it. Turns out, I couldn’t. We’ll file that under the “oops” category) and then later when I sat with my step-mother watching Child’s Play (which was unsettling for me, as she had a collection of china plate dolls scattered all over the house for decoration. Joy).
So, horror was never my genre of choice. However, despite that, I decided to watch the first Scream movie when my dad was keen on seeing it. See, my father was a horror film nut. A rather huge one who could give you horror film trivia like no one’s business, and was generally tired of seeing scary movie sequel done over and over again, with the horror franchise, pretty much, becoming a lost cause in the art of film making.
Sounds kinda familiar, doesn’t it? So, needless to say, he was rather excited when he saw a lot of reactions to the film as being a horror film that was actually pretty scary, but also did a good job of lampshading the genre’s cliches, and even set the stage for the teen slasher flick that the 90s would recreate over, and over, and over, and over, and over, and over, and over, and over again.
So, it’s 1998 and my dad decides to rent the movie, and I, being a stupid kid who enjoyed watching movies with dad, sat with him… and have never stopped being a fan since.
With it’s clever combination of witty dialog, suspense, haunting soundtrack, and the fact that the characters pretty much define horror conventions while also being horror fans that mirrored the people who went to go see the movies themselves. It was a loving tribute to the genre, but also felt comfortable giving it a swift kick in the ass if they thought it would be funny, or relevant.
This was followed by a rental of Scream 2, which tackled the cliches and rules of horror sequels, and to be honest, is my favorite entry in the series. Though it was far less bloody than the film that came before it, it was still a great experience not only for the successful use of the tools that Scream used before it, but also because it’s main characters, now survivors living a repeat, are given a bit more to them, Sidney especially. The scene in which she starts seeing Ghostface in her Cassandra rehearsal is not only a truly terrifying scene, but it’s the kind of scene that shows you how she’s being affected by the murders, and how the unfolding events are breaking her, no matter how hard she tries to hide it.

Sidney: I’m not glass, Dewey, I’m not going to break.
Hallie: It’s okay to break.
Sidney: It’s not going to happen.
Unfortunately, Scream 3 came along. I don’t want to say that it’s the worst movie I’ve ever seen, but it was definitely one of the most disappointing. Whereas the first two films were a major combination of dark humor and scares, the third felt like a straight up horror film that seemed so involved in it’s “real world meets movie world” story (obviously, riding off of Wes Craven’s New Nightmare) that it rarely gives us that horror fanboyism that the first two were full of at every frame.
Ten years pass, and we get the announcement of Scream 4, and most of us reacted the same way Neve Campbell did when she first heard about it.
“No.”
That is, until, I heard that Kevin Williamson (writer of the first two films) and the core three (Neve Campbell, Courtney Cox, and David Arquette) were returning amidst a new cast of characters, not the least exciting was the inclusion of Hayden Panettiere, of Heroes and Kingdom Hearts fame.
How did the final product turn out?

Well, for starters, it easily beat out Scream 2 as my favorite entry in the series.
The movie starts, right off the bat, with an opening that Scream fans expect: A somewhat funny, but incredibly scary and suspensful opening 15. It delivers on that fairly well in a way that’s new, funny, and overall very satisfying.
From there, we jump ahead to Sidney driving into town with her publicist, played by Alison Brie (in a role that manages to outdo Gale Weathers as “bitch of the movie”), Dewey and Gale having relationship problems (Gale is back to the bitch she was in the first two films), a deputy who rivals Gale for Dewey’s affections (“Your lemon cakes taste like ass.” When you see it, I dare you not to laugh), and the new characters of the story being plagued by phone calls from “Ghostface” right from the beginning.
I’m going to be honest, there’s no real way to continue describing the story from this point without seriously spoiling a lot, as the story starts early, and everyone, even the Three, are suspects.
The meta humor in this movie is off the wall, as a warning. Many fans might even be turned away by the fact that it’s so meta, it even says so in the movie, and continues to be rather ridiculous at some points, the peak of which is a bad joke about Bruce Willis (Which, again, when you see it, no matter how corny it is, I dare you not to laugh).
Despite this, it’s easy to say that this is what the horror genre needed, but it’s also not just targeting horror films, but also in the way that our youtubing, video blogging culture expands and grows, and uses our new technologies in a way that adds to the arc and mythos of the series, as a whole.
Scream 4 may, very well, do to the current generation of horror that Scream originally did back in the 90s. It’s got the scares, the clever characters, the dialog, and sharp commentary that made the first one such a success, and while it doesn’t leave us on a cliffhanger, or give us an ending that implies a sequel, it is a definite that there will be a Scream 5 (since Williamson and Craven are bound to do it, with Scream 6 being done solely if fans demand it).
Let’s just hope this doesn’t mean we get a reboot of Urban Legend, I Know What You Did Last Summer, and all 9001 slasher films that came out after the original film.
Discuss this in the forums!