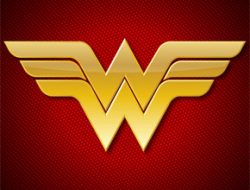 Wonder Woman gets a makeover: IN or AUF? 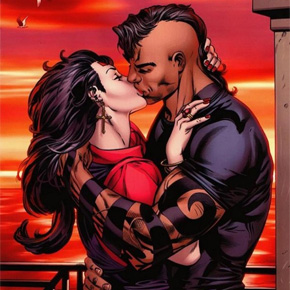 Are They or Aren’t They?: Daken

This week’s installment of “Are they or Aren’t They?” will be focused on a character in the Marvel Universe. The second this feature started, I knew I wanted to do him (hur dur), so there’s no time like the present. While there are many explicitly gay characters like Wiccan, Hulking, Northstar, and Karma, the one getting the spotlight here is Wolverine’s ambiguously gay son, Akihiro, who goes by the name Daken and was the Dark Wolverine during the past year’s mega storylines/events Dark Reign and Siege.

Why he might not be queer: We’ve seen Daken with women…and quite a few, to be honest. He’s had a bit of a thing with Miss Sinister, and most of his sexual encounters have been with the opposite sex. For someone who makes good use of controlling the way people feel, looking at whom he chooses to be intimate with can be quite telling. He very well could be just an equal-opportunity manipulator who chooses to toy with men and women in distinct ways. The way he chooses to deal with men being more indicative of his double dose of daddy issues heaped on by his brain-washing mentor (Romulus) and his bio-dad (Wolverine). Why he might be: Daken has alluded that he is at least bisexual. He doesn’t go out of his way to enrage the female superheroes and villains the way he does for men. He uses women in a utilitarian fashion. If Daken wants something, he’ll use women as objects to help him achieve his goal, and disposes of them once he’s succeeded. Though this pattern follows with the weaker human men Daken has encountered, it can’t be said for his super-powered peers. Much like a schoolboy with a crush, Daken taunts and torments those he is attracted to—powerful men who don’t let him get away with his duplicitous antics. Bullseye posing as Dark Hawkeye is the best example of this. Why he shouldn’t be queer: If Daken falls under the LBGT spectrum, his cavalier attitude could reinforce negative ideas that we are confusing, manipulative, and evil–that we need rehabilitation instead of acceptance. There have been countless times where Daken would play with men’s emotions only to start a fight, cause physical harm, or kill another man with no remorse. For already prejudiced readers, seeing a gay character this malicious could do more harm than good. Is that someone we really want on our side? Why he should be: Daken would be yet another example of how multi-faceted queer characters can be. He’s Wolverine’s son and kills old ladies! Daken does such a fascinating job of turning the symbolism of that pointy-headed costume on its head. As a bisexual, Daken will end up being a character whose sexuality is handled quite progressively. Rather than being defined by any labels, Daken represents many men and women who identify as bi/pansexual, and are just attracted to whomever they are attracted to, no questions asked. That’s a big deal considering how rampant bi-phobia is for all people, gay and straight.
Either way, Daken is a wildly entertaining character who challenges binary ideas of sexual expression, and in a world where every month a new comic book adaptation is greenlit for television and film, his presence is only a good thing. That it is.
Join the discussion!:  https://gay-nerds.com/forums/index.php/topic,115.0.html