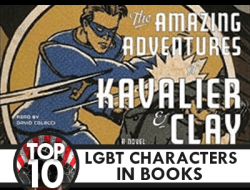 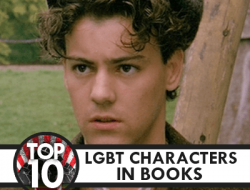 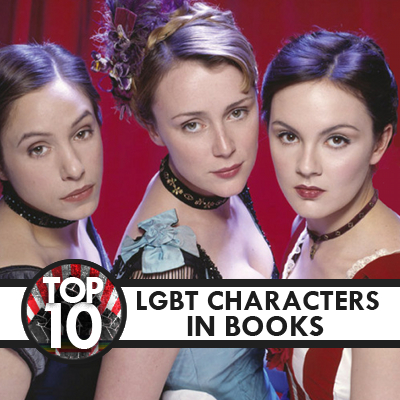 The beginning of Tipping the Velvet finds our protagonist, Nancy Astley, living as a naïve oyster girl in her family’s restaurant.

She seems resigned to what appears to be the inevitable fate of all young women—marriage and children—until she attends a performance featuring the male impersonator, Kitty Butler. Just seeing Kitty on stage awakens something in Nancy, and she soon finds herself falling in love with the older woman. In time, the two become lovers and then partners with Nancy performing in drag along side Kitty and adopting the stage name Nan King.

After keeping her love for Kitty a secret from the world (and from Kitty herself) for so long, Nan is exuberant when she finds out that her love is accepted and returned. This is in direct contrast to Kitty who carries a deep shame regarding her desires and insists on keeping the affair secret if only for the sake of their careers. After a drunken audience member calls the two women “toms” (basically the Victorian equivalent of “dykes”) during a show, Kitty retreats from the truth into the arms of her manager, thoroughly breaking Nan’s heart in the process.

Nancy eventually finds love again with a young, politically–minded woman named Florence, who takes Nancy into her home after she’s been kicked out onto the streets. Nancy’s relationship with Florence is altogether different from her one with Kitty. The main difference is that Florence sees no need in hiding who she is and openly associates with other toms. Once the couple consummates their relationship, Nancy assumes that they’ll take steps to hide the fact from Florence’s brother—an idea Florence quickly rebuffs, stating that she will live as she pleases. In the novel’s climax, Kitty reenters Nancy’s life and offers to rekindle their relationship. Nancy is tempted by the thought of being with her first love again until she realizes that a return to Kitty means a return to secrecy. She rejects Kitty one final time, returns to Florence, and kisses her in public without a care about who might be watching and what they might think.

The “journey of self-discovery” is a trope that’s often played in books with queer protagonists, but Nancy’s coming of age story never feels trite or overplayed in part due the the Victorian setting but also due to the character herself. Once she discovers the possibility of loving another woman, she is undaunted and adventurously pursues her desires. Giving the time period in which the novel takes place and Nancy’s lack of any sort of protective status, one wouldn’t blame her for keeping her sexual preference hidden, but Nancy chooses not to hide who she is and finds her own path to contentment by being herself.

Discuss this article in the forums