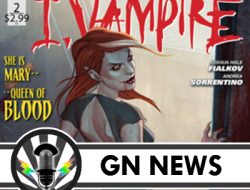 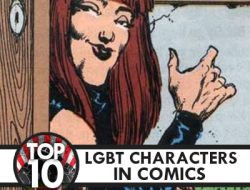 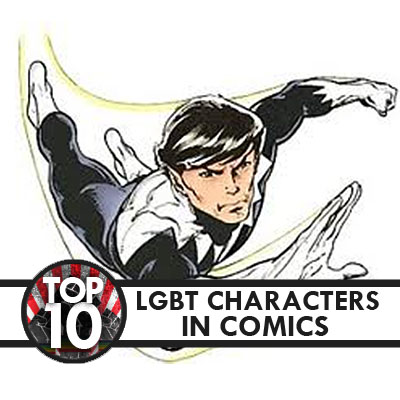 One of the most recognizable names when it comes to gay characters in comics, Northstar’s long history over a number of Marvel titles offers readers a chance to follow his dramatic and compelling story throughout his major life shifts.  Born Jean-Paul Beaubier, he was separated from his twin sister Jeanne-Marie when his parents were killed in a car crash.  The two were later reunited when Jean-Paul was recruited into Canada’s Alpha Flight and christened Northstar.

Northstar went on many missions with both Alpha Flight and the X-Men, running the gamut of typical comic superhero escapades.  What really resonates with Northstar’s story, however, isn’t his resume.  It’s watching the original undertones alluding to Jean-Paul’s homosexuality blossom into a full-fledged admission of his sexuality.  Although his writers were still initially hesitant to address the fact that Northstar is gay, those fears slowly evaporated and Northstar became a fully-fledged out character. The missing piece of the puzzle that makes Northstar special, though, is the knowledge that his creator, John Byrne, intended on Jean-Paul being gay from the very start.  His sexuality was not a twist thrown into the mix when Alpha Flight was going through a lull and is not a fact that has ever been retconned.  Due to strict guidelines during the 80s against homosexuality in comics, his early origins only hold subtle hints that there’s something special about Northstar.  It wasn’t until 1992 that he was finally able to state the words, “I am gay.”  Since then, Northstar‘s sexuality has become more prominent and he’s taken his place as one of the most visible gay superheroes of our day and as a character from a major publisher, his coming out sparked a ton of controversy and went on to pave the way and inspire future gay characters in the mainstream continuity.  And that is why he makes our list