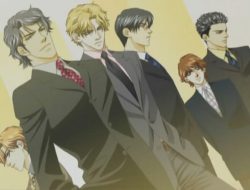 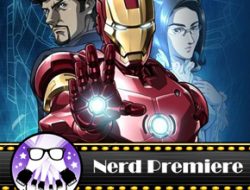 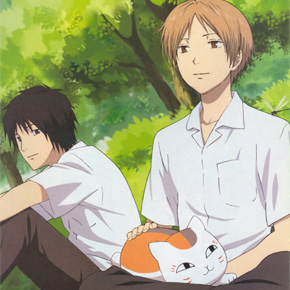 Since I started watching anime on a regular basis a few years ago, one series has remained in the back of my mind:  Natsume Yuujinchou.  What often brings my thoughts to the show is the mature way that the main character’s coming of age is told and how the entire series develops as a metaphor for so many of the actions, experiences, and feelings of coming out.  Rather than seem like an obnoxious teenager fapping to the thought of possibly gay people, I wanted to take a look at the content of Natsume Yuujinchou and share my thoughts on its allegorical message. A somewhat pastoral, supernatural slice-of-life, Natsume Yuujinchou follows an orphaned Takashi Natsume as he adjusts to life in the countryside.  He has grown up shunted from one set of distant relatives to the next, only to scare them upon witnessing Takashi’s penchant for conversing and interacting with thin air.  The repeated trauma of being unable to convey his perspective to bewildered and bigoted adults and bullying classmates has caused Takashi to withdraw into himself.  Living with the Fujiwaras, Takashi comes to love his new family, make friends, and learn more about the grandmother from whom he has inherited his ability —all while feeling torn between his double life.  Through flashbacks of Takashi’s childhood, the first season establishes his loneliness caused by having to conceal the supernatural secret integral to people fully understanding him:  he can see and interact with ghosts, spirits, deities, and other paranormal entities.
While longing to be understood, Natsume is characterized as an asexual, introverted, and aloof boy who keeps his distance from those who earnestly want to understand him—even if those people are more empathetic to his situation.  These interactions parallel those of LBGT relationships in real life.  His class’ president, Sasada Jun, is obsessed with the idea of witnessing supernatural activity and is positive that Takashi knows more than he lets on.  She’s Natsume’s fag hag for the occult.  Also introduced are Takashi’s fellow “gays”—Kaname Tanuma, a fellow transfer student, has the same powers as Natsume, but to a significantly smaller degree; and Shuuichi Natori, a famous actor who has honed his strengthened with time, moonlighting as an exorcist.  While Takashi immediately reaches out towards the weaker peer who sought him out, he is wary of Natori’s violent treatment towards spirits and duplicitous nature, even if he insists he only wants to help Natsume as a mentor and friend.  The interactions unfold as you’d expect:  Kaname and Takashi becoming close in their own odd way while making sure Sasada is enough in the dark that she doesn’t become a nuisance.

Sasada wants all the secrets on Takashi's lifestyle.

Eventually, Natsume adjusts to his new life as the spiritual beacon in town, and Zoku Natsume Yuujinchou (season two) focuses more on Natsume’s relationships becoming a two-way street on his part.  As such, the melancholy that pervaded episodes of the first season is replaced with a subtle, reflective tone as Takashi learns more about the humans in his life, blurring the barriers he maintained for his own self-preservation.  Symbolic of those breeched boundaries is classmate Tooru Taki, a diviner who, with the use of a seal, is able to see spirits like Natsume.  With guardians who genuinely love and care for him, friends who enjoy his company, and spirits who need him, Takashi is no longer the misunderstood outcast he once was.  He has become apart of a community and a family for the first time in his life, so his standoffish nature towards fellow humans —spiritually inclined or not—must change.  He’s too attached to run away, and too fearful to tell the truth.  By the end of the second season, we feel as though Takashi’s guardians know about his secret, and rather than demand that he explain himself, they patiently wait for the time when Takashi is strong enough to open up and confide in them. He even has to work on a hot springs reprieve.

Largely a story about Takashi growing up, couched in the feelings of a loner in having special abilities, Natsume Yuujinchou assumes the trappings of a gay metaphor because of the approach to Takashi’s power and how it informs his associations.  Natsume’s noted lack of a sexual identity in any capacity advances the idea that the story is an allegorical depiction of gay youth.  He longs to be loved and understood, yet he’s terrified of not being accepted.   Instead of finding external validation, Takashi must first come to terms with the fact that he is different, not crazy, and that there is nothing wrong with that.  Only then is he able to truly appreciate his friends and family for the support system that they provide.  It’s a message that some LBGT teens desperately need to hear during adolescence, and the subtlety with which it is delivered creates a viewing experience that is not only entertaining, but poignant.

It's totally out of context, but I had to do it.

Have you seen Natsume Yuujinchou?  Or maybe read the manga?  Do you think I’m reaching too far?
State your own opinion in the forum.