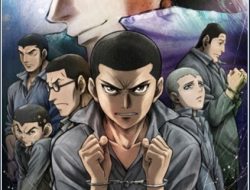 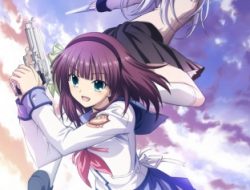 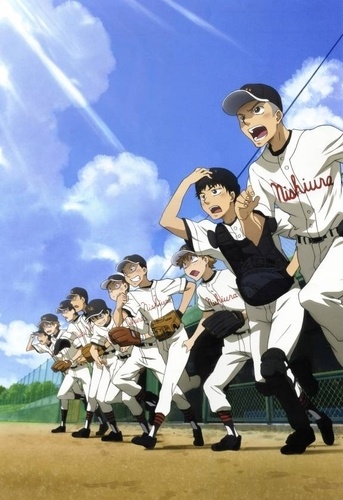 This second installment of “Five Gay Anime this Season” is about another second–the second season of Ookiku Furikabutte.  Big Windup! (I didn’t want to mix Japanese and English) follows the boys of Nishiura’s baseball club as they proceed through the High School Invitational Tournament.  With the team winning games to the surprise of their competitors, the boys further learn about/from each other and continue to solidify their bonds. Whereas Rainbow is over-the-top and quite hammy in the way they present friendship amongst teenagers, Ookiku is gloriously adorable.  The team is always together, playing, joking, practicing, and sleeping.  After getting to know most of the team from the first season (a must watch), we start to see individual relationships amongst them develop and flourish.  Much of the first few episodes are centered around the inadequacy Hanai (the captain) feels toward the superbly gifted Tajima and evolving how Ren (pitcher and protagonist) feels about his spot as the ace.  The manner in which the boys praise, blush, and open up to each other is something gay guys all around long for.
So, out of 5 golden-winged unicorns, Big Swing!:  The Summer Tournament Chapter gets a 3.
Be sure to check out the next article, where I go over Angel Beats.
Comment here:  https://gay-nerds.com/forums/index.php/topic,63.0.html