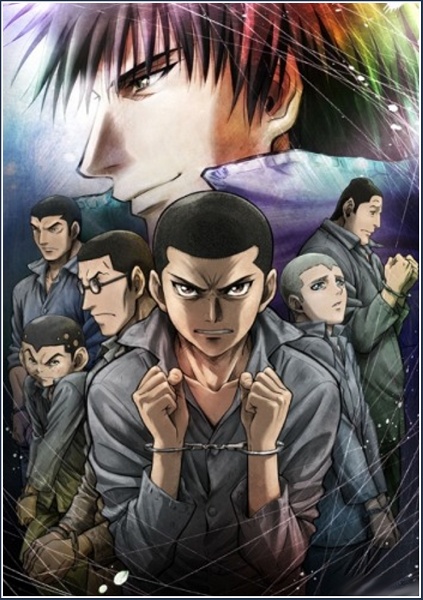 Every Winter, Spring, Summer, and Fall, Japan releases a slate full of new shows.  With the current industry in a phase of do-nothing lameness heralded by K-On (look it up if you dare), creativity and quality have been hard to come by for the past year.  What that has trickled down to is the utter dominance of anime starring dumb girls sparkling over each other.  In short:  there has been a lack of fabulosity.  It’s been a year now, but things seem to be picking up again in both the homoerotic department and overall quality.  Coincidence? Anyways, the next articles will cover five different shows of varying quality that bring the gay.  First up is Rainbow. After being shat on and taken advantage of by various adults in their lives, six boys quickly learn to distrust their elders and fend for themselves, committing various crimes in order to survive.  Rainbow follows these miscreants as they are placed in a juvenile detention center in 1955, meeting an aspiring boxer inside the hellhole who changes their lives forever.
To say that there are gay undertones in Rainbow is an understatement. The show’s emphasis on the bonds between the six characters and Sakaguchi (the guy they meet inside the center) in spite of all the melodrama and harsh realities of a society that doesn’t accept them reeks of the type of gay films ending in tragedy that wind up becoming Oscar bait.  This isn’t necessarily bad, except that it always pulls the focus from more honest character interactions that should be center stage.  That said, the most promising aspects of the show are always the grittier, more sexually disturbing events that shape the cast’s lives and color their world.  Most notable on that side of dramatically engaging is the predatory doctor and manger of the detention center who routinely sodomizes his charges.
If I were to put this on a scale of 1-5, 1 being accidental undertones and 5 being GAY GAY GAY GAY, Rainbow would be at a comfortable 2.
Check out the next installment, where I go over Ookiku Furikabutte:  ~Natsu no Taikai~
Comment here: https://gay-nerds.com/forums/index.php/topic,62.0.html