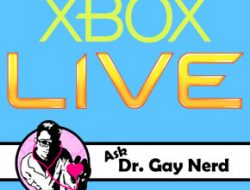 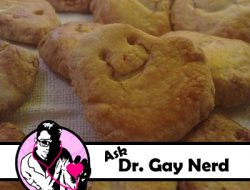 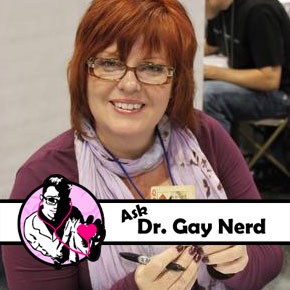 Comic writer and famed ornithologist Gail Simone recently posted the above on her tumblr. Being a follower and a fan, I asked if I could use Gail’s inquiry for Dr. Gay Nerd, and she kindly agreed. Normally we condense the opinions of our contributors into a single response, but this time we’re going to let the Gay Nerds Panel share their individual coming out stories and offer their advice.

Well, I came out to my family pretty late (this past New Year’s).  I had planned on doing it during Thanksgiving and Christmas, but I was too busy arguing with my uncle and rolling my eyes at his homophobic comments.  So when my brother asked me what my resolution I just said, “I’m gay, how ’bout that?”  He said he already knew, I said tell whoever, I don’t care, my mother asked me who she was going to tell and I said I didn’t know.  My dad was in the adjacent room, so I know he heard.  I texted the aunt I’m closest to, she called me and asked a couple of questions.  She said she knew.
The next day, I found out my brother told my other brother and my sister.  Second brother wasn’t surprised, but my sister was.  Between the first brother and my sister, I knew that most everyone in the family would find out.  It wasn’t until around April that I found out just who, and that my mom told my other aunt.  This was also around the time that the shock wore off on my sister, and she could ask me a few questions.
So, I wouldn’t really have done anything differently, but I guess maybe I would have done it earlier…if only because I might have been comfortable enough to tell both of my grandmothers who’ve since passed.
My suggestion is that Sparkle should do it if they want to.  If they aren’t involved with anyone, and it’s not going to be one huge transition for Dazzle to make, then they should just tell her.  Sparkle probably won’t have to explain everything if it’s just mild denial.  Dazzle will just need time to let it sink in and then things should eventually be fine.  But if she does start asking questions, Sparkle should just answer whatever they feel comfortable answering.

Coming out to my parents was easy because, luckily for me, they’re pretty progressive folks. Actually, my mother asked me if I was gay after she found the issue of Curve magazine I got when I bought Imagine Me & You on DVD. How gay is that? I did have a hard time coming out to my friends at college, which probably sounds odd given how freeing college is supposed to be. Well, for my first two years at school I was enrolled in the substance-free housing on campus, and a few of the friends I made there are pretty old-fashioned for college kids and Republicans to boot. It took me a while to work up the courage to come out to them, but what helped the most was the connection I felt with LGBTQ communities. Not the fabled, all encompassing “gay community” that gets tossed around like the equally mythic “black community,” but small groups like the one at my school or even the one on Gay-Nerds. I realized while being gay isn’t the sum total of my identity, it is a part of who I am.  A part that is no more necessary to hide than my race or my age or the fact that I’m a gamer.
I think Sparkle should come out to Dazzle posthaste. You mention them wanting to do so for years, so it’s high time for it to happen.  Dazzle’s reaction will probably be different when she hears the truth directly from Sparkle. If the denial continues, then Sparkle needs to explain how that makes them feel. Dazzle may not be aware of how hurtful it is. All you can really do is offer support. It might not seem like much, but it is.

I came out to my sisters last year. My sister is from out of town and I had been wanting to tell them both for a while. A couple of days came by and I hadn’t worked up the balls to do it and hadn’t found the right opportunity to do it. It wasn’t an option to not tell them before the trip was over since it’d be the last time the three of us would be in the same room for a while so I was pretty stressed out. I didn’t know how to approach it or say something to them but I knew that I didn’t want to rehearse it or replay a speech in my head because I wanted it to come from me and not some pamphlet.
On the last day, we went out to a restaurant and I had set my mind on telling them that night (because if they didn’t accept me, at least they’d hold themselves back a bit because it was in public). I remember we were talking about business and plans when my sister noticed that I was sort of silent and just staring intently at the candle in the middle of the table. She asked me “Is something wrong…?”. Oh shit, haha. That’s when I just lost it. I teared up and said something like “I know you’re going to hate me but… I’m gay”. Then they started tearing up and saying “why would you think we’d hate you”, “god, I thought you did something horrible like got someone pregnant or something. don’t use that line again haha”. It was all very sappy and Lifetime-ey.
So stuff that I gleaned from this:
1. Pick your place carefully. If you don’t know how they’re going to react or if you think they’ll react badly, do it in public. On hindsight, it was very selfish of me to protect myself or worry about them lashing out but you have to feel comfortable with the circumstances since you’re going to be very vulnerable. Top priority in picking the place is that you should be able to have a long conversation and hear each other. No noisy restaurants/clubs/movie theaters or w/e.
2. Even though you don’t want to rehearse it, you should at least make mental notes of what you want to say so you don’t fumble and you can get it all out there. So yeah, reading pamphlets or personal anecdotes from gay people will help a lot.
3. Always have a support system. On the off-chance that they reject you, you need somewhere to feel safe. Friends or girlfriends/boyfriends or w/e. Have some place to stay to deal with the aftermath. I was fortunate to have a couple of friends that I could talk to and my then boyfriend was supportive and I was even luckier that my sisters were so receptive and accepting of me
4. Don’t hate yourself for being gay. I wasn’t even aware of it but when it just came out of my mouth. I was like… oh. It’s not your fault. It’s not something you brought upon anyone. You are who you are.

Coming out is such an odd experience – sometimes intense, sometimes routine, both a burden and a relief. Of course, that’s just my opinion. Feel free to share your opinion and your coming out story in the forums. Alternatively, you can head on over to Gail’s tumblr and give her and Sparkle some support.