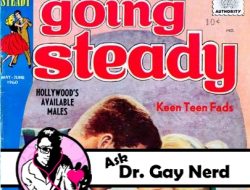 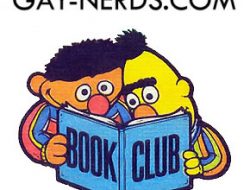 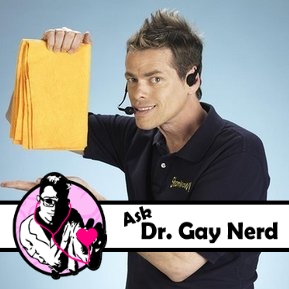 Ask Dr. Gay Nerd: How Can I Stop Being a Douche?

I’m in a relationship with the guy of my dreams. I am a total dork; I could give a plethora of examples, but my crowning achievement was getting a research grant to study video game music in college… so enough said. My boyfriend thinks that the fact that I am a nerd is hot. On top of that, he is sweet, kind, tall, hot, athletic, and a hard worker. So I know I hit the jackpot. He’s the only dude for me from here on out. My only issue with him is that he openly acknowledges that I’m way more intelligent than he is. I mean, yeah, I know that too, I’m pretty dang smart. To tell the truth, I hate being smart, but that’s beside the point. We sometimes have disagreements / misunderstandings because I’m so convinced that I’m right about whatever the issue is such that he feels insulted because it’s like I’m all, “I’m right, you’re wrong” blah blah. I’m not trying to be domineering, but he literally feels like I am using my big intellect to out-smart him and condescend to him. I’m not, but he takes it that way. I’m basically asking, how do I train myself to become less of a self-righteous douchebag? This guy completely deserves it. He’s the best thing that has ever happened to me. Yes, I’m bragging, but my question stands- do self-aware smart people always have this problem?

As a self-aware smart person myself, I can say no, not everyone has this problem.  It’s an easy trap to fall into, though.  What you need, basically, is better communication skills.  It’s a problem that a lot of highly intelligent people have, as social intelligence can often seem to be the first thing to fly out the window with a high IQ.  Not all is lost, however.  You’re aware that there is a problem, which puts you way ahead of the rest of the pack.  Now we just need to figure out how to combat this.

I feel like the first thing you need to do is stop being so assertive.  Yeah, you may be right about the issue, but what is you asserting this going to prove?  Maybe you need to stop and ask your boyfriend (and anyone else when this comes up) why they feel their answer is right?  Instead of stopping them and telling them why they are wrong, actually listen to everything they have to say.  You may be surprised and find out that they have some valid suggestions.  Even if they don’t bring anything to the table and they are still wrong, really question yourself on how important being right is in this situation.  If it really doesn’t matter all that much, maybe biting your tongue and letting the other person have their way isn’t such a bad thing? Assuming your boyfriend isn't this dumb, start figuring out a way to validate his reactions and responses.

Part of “training yourself to become less of a self-righteous douchebag” also comes with the attitude you give off.  Giving into the other person isn’t always enough, you can’t pout when doing so.  The way you do things is just as important as the things you do and letting someone have their way isn’t going to make them feel any better about things if you are a sulky asshole while doing so.  That just gives off the impression that you think you’re better than everyone else.  Though you may be smarter than everyone around you, you’re not better than them because they have just as much to contribute through their experience and skills as you do.

You sound like you have a lot going on for you personally, which is great.  But no one’s going to be excited for you when you tell us how great it is that you have all of these things going on for you.  Take a backseat more often and find out more about the people around you.  Ask them about what they’re doing, how they’re doing, and what types of things they’re into.  When and if they ask you about your life stuff, respond appropriately.  This should knock you down a few levels and help ease the friction that you’re experiencing.

It’s pretty obvious that you’re a good guy, as you have a great boyfriend and he seems to be really into you.  You just need to be careful that you focus on him as much as he’s focusing on you.  Do that –with no judgments– really listen to what he has to say, and let him win sometimes (even if he’s wrong), and things should start to become better for you.