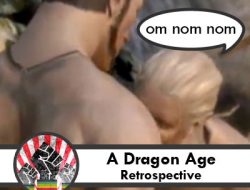 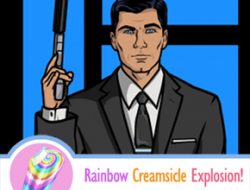 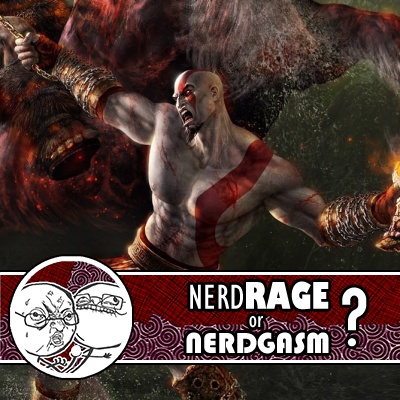 Nerdrage or Nerdgasm: God of War 4

While God of War helped defined the past decade of gaming, will its creators force another cast of characters through a bloody button mashing revenge or try find a game that best fits the mythology? Is this even necessary considering a late holiday 2012 release? Our resident music homo waxes his speculation and concerns.

I had a blast with the first God of War. It played like a beefed up version of old beat-em-ups like Knights of the Round crossed with enough platforming and puzzle solving to tide me over until the next Prince of Persia game came out. It was also one of the few games that I remember people gathering to watch for the sheer spectacle. Kratos’s artful dissections of the human and otherworldly anatomy were drenched in the same kind of slapstick levels of gore that guilty pleasures like The Story of Rikki revel in. Even with the presence of my arch nemesis the Quick Time Event, the game proved to be an amusing romp through familiar territory. Kratos’ revenge on Ares was believable, and the Gods behaved exactly how I would imagine them to be. I couldn’t wait to get back to Ancient Greece and find out what happened to Kratos afterward.

Low and behold, Zeus acts like his dickish self and betrays Kratos, leaving him, Pandora and Gaia in some sort of pact to bring down the Gods of Olympus to restore the world to a greater order. So, after draining enough blood to fill the river Styx twice over, Kratos kills every God, elevated to some higher plane and turns his back on the few allies he has left before the credits for the God of War trilogy roll. We never learn what happens after Kratos ascends, but we do know that it brings down Olympus.

While I could complain that the “mash the colors” approach to gameplay bugged me after a while or that I could play portions of the game by smacking a controller against my ass, I don’t think I can in good conscience. They were accessible and allowed complete novices to feel accomplished while rewarding more clever players with more elaborate rewards. Sure, the puzzles and stiff platforming feel stuck in 2003, but they offered a nice break between the testosterone hurricane that drove the story. Seven years later however, they began to feel stale, and the sea of imitators didn’t help. And Suddenly Action Games Became DDR for Your Fingertips

I’m willing to look past that though because the gameplay fit the story of revenge smashingly. My main concern with the the future of the series lies in where they feel they can go from here. The tale of Ancient Greece’s fall worked well in the God of War universe because it took existing mythology and wrote a new, interactive narrative with the same principal elements. The Gods of Ancient Greece behave like spoiled children and have the critical reasoning skills of a tea cup. You would have thought that the banding between the angry guy who killed the god of war and the girl who unleashed all the evil in the world just might need to be stamped out? Nope. Zeus and his brood don’t have time to deal with such trivial nuisances because they got in the way of their daily squabbling, shape shifting and rape regiments. If any group of deities could provide such a hedonistic playground of gore, tits and sharp objects, it’s those of Ancient Greece.

Kratos himself fits in perfectly as an anti-hero whose justifiable reasoning for wanting revenge on Ares evolve into something far more muddled before devolving into a meatheaded quest for blood for reasons that most players either forgot about or didn’t care about by the third main game. However, I’m willing to forgive his manchild antics because he’s surrounded by equally immature twits for relatives; hell, even his father is an irresponsible, maliciously violent peabrain who is more concerned with inter-species rape and golden showers than his own well being. Again, I’m okay with this because it makes sense in a revenge based action game. The old Greek mythology is full of vicious grudges, crusades, bloody stumps and whores. The hack and slash methods made sense because that’s how a Greek hero would most likely go about getting things done. Not That Much Changed from Mount Olympus to The OC

I’m concerned that continuing the series through a spiritual successor would greatly diminish what could be done in other mythologies. Fans who have stayed with the franchise this long are probably looking forward to getting back into a similar pair of sandals for another horde of soon-to-be giblits. Developers and marketers most likely want to strike a balance between breaking “new” ground and pleasing their wallets and audiences with what has worked in the past. Problem is, how many cultures could handle a similar story that could boost enough familiarity to get people back into the series without it feeling like a cold plate of mac and cheese? More importantly, in my nerdy little eyes, is how they would make the mythology work in these respects?

I feel that the guys at Sony have another opportunity to expose the masses to an area of history and literature we may have overlooked in the past. Dryden noted that they could go anywhere in the Middle East or Africa and touch upon some very neglected mythologies, suggesting the Egypt could be a possibility. I’m skeptical as to if this could work. I am hoping they will look at the culture and see what stories they could build from there rather than slamming them into a mold that already works.

I'm Gonna Be Confused If He Pulls This On Amaterasu

Take Norse mythology. For as many epic battles and colossal hangovers that the mythology is known for, there are equal numbers of stories of deception and social combat that could make an intriguing blend of puzzle solving and interrogation that could rival Phoenix Wright in terms of ridiculousness and sheer volume of backstabbing. If developers wanted to, they could find a really intriguing mix of social and physical combat. There’s also the possibility of how they could handle Ragnarok, which I could see pan out in a hopeless RTS situation or something similar to Call of Duty 4’s famous last mission. However, if they only decide to throw their efforts into making a slightly more responsive combat scheme, you will be playing an Anglo-saxon version of a game you’ve basically seen three to six times by now, (Castlevania Lord of Shadows or Viking anyone?)

Regardless, I hope that they treat their source material with some respect. The cast worked wonderfully in the hack and slash realm because it fit a gory story about petty people. Would the Egyptian gods handle a similar situation the same way, or would Thoth just write the Egyptian equivalent of Kratos out of existence or play more mind games with the protagonist? Even though Zeus was a spiteful and vengeful dick who could have zapped Kratos to death at any point in time, but he was also painfully stubborn and proud individual who, when tits or dicks weren’t involved, made some very, very stupid decisions that snowballed very quickly into a hot mess. I think that the original trilogy played that well and hope that whatever direction developers take that they continue to preserve most of whatever culture they take in order to make the game an experience that can fit in their culture, and not merely make a hack and slash in say, China. I'd Actually Be Okay With a Game Like This

Of course, with the game due to be released in over a year and a half, all of this writing is mere speculation. I don’t want to ruin anyone’s fun, but given that we’ve had five God of War games in about seven years begs to question whether the market really wants or needs the same game again with a few new bells and whistles. I feel that Sony could be tapping into new systems of gameplay and storytelling for a number of tales the world has forgotten about. However, they may be thrown by the wayside in their efforts to capture the same spirit or wallets that their successes did. Here’s hoping they build their next franchise around the story and not into the mold they’ve made for themselves.

Think I’m full of hot air? Can’t get enough of that porcelain skin? Bring it to our forums.