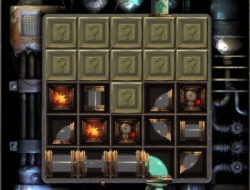 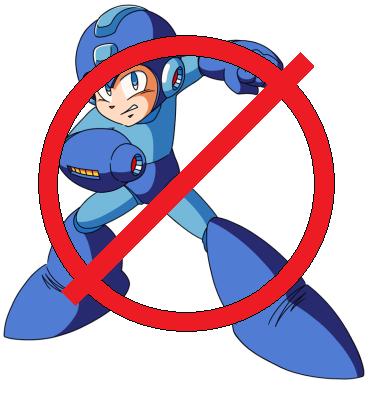 As we get closer and closer to the release of Marvel vs. Capcom 3, character lists “leaked” over the summer get the chance to be verified or thrown out as just rumor and fanboy hopes. If you didn’t keep up with the gossip a few months ago, there were plenty of character rosters floating around and plenty of rage fits when some fan’s wet dream character wasn’t included. But no character inspired more “No way! That can’t be right!” comments on blog pages than the mysterious lack of Megaman on many “official” lists. And as the summer has turned to fall, and soon winter, people are starting to turn purple holding their breath to see the Blue Bomber get that big announcement.
So what’s the deal, Capcom? Your biggest star of the 8-bit age is getting zero love in a series designed purely for fan service?

Will Capcom really put out a Vs. game without some version of the Blue Bomber?

Now don’t get me wrong, I loved Megaman when I was a little nugget. I’ve destroyed more than my fair share of Dr. Wiley’s robots over the years and was overjoyed with excitement when Megaman 9 and 10 were released as tribute to my youth. But does he really make sense to be in such a big title as Marvel vs. Capcom these days? I’m gonna have to say no.
Megaman hasn’t really had that big breakthrough title yet to usher him into a glorious new age, nor even anything noteworthy except for the throwback Megaman 9 and 10. Yes, while 9 and 10 were amazing in their own right, they were more just Capcom paying tribute rather than bringing back MM into his role as Capcom’s leading man. Let’s be honest. They were side projects to keep fans happy while Capcom worked on their other, more serious projects.
As much fun as nostalgia is, we can’t ignore the fact that Capcom has grown. They’ve got a huge stable of both classic and up-and-coming characters/franchises to pull from, which means some things have to fall by the wayside. It doesn’t mean Capcom doesn’t care or that there’s no hope for older characters returning for new adventures, so don’t pretend like it does.
Without some big game backing him up, Megaman just isn’t that relevant right now. And that’s what Marvel vs. Capcom is mostly about this time – characters that are relevant or at peak popularity. Just look at who’s coming to the fight on Capcom’s side: Chun-Li, Dante, Chris Redfield, Amaterasu, etc.
But what about Arthur or Morrigan? They’re not exactly hot properties right now. As for Morrigan, well, you’re right. She’s not too relevant at the moment…except for the fact that she’s first a leading character in a Capcom fighting game series and second a pivotal character in the vaguely established MvC story. Arthur, well, he’s a bit out of left field, yes. But Ghosts and Goblins is a classic game that gets very little attention, so I’m willing to overlook him. And come on, diversity is fun. Megaman is neither a fighting game character, a part of the overall architecture of the MvC other than being a supporting cast member, nor a character getting long overdue love.
Okay, but Marvel doesn’t seem to be following these “rules.” Come on, Dormammu? Really? True enough, but I don’t think it’s fair to judge Capcom based on Marvel’s decisions. The two are mutually exclusive.
As of November 15th, Zero has been confirmed as a character, filling in the gap left behind by Megaman. Of course, former Megaman players will complain that Zero doesn’t fight in the same style as Megaman, brandishing a beam sword rather than MM’s traditional mega buster or some other innocuous difference. But functionally they’re the same. While I don’t see Zero making much sense in MvC3 for exactly the same reasons as Megaman, at least he’s a change of pace. And come on, you know he was *way* cooler back in the SNES days, even if you thought he was a girl until you realized that guys can have ponytails too.
So what do you think? Should the Blue Bomber leave this fight to Ryu, Arthur, and the rest of the Capcom crew, or is the roster not quite A-list without him? Are you willing to pay a bit extra if he shows up as DLC?
Discuss it in the forums!