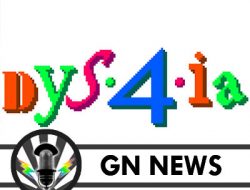 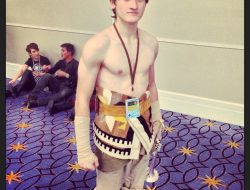 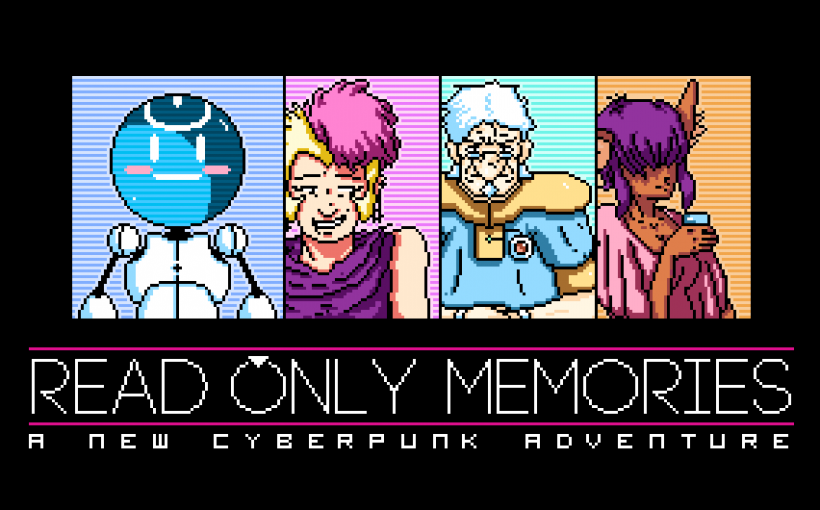 Industry Interview: A Talk with Matt Conn from MidBoss Games/GaymerConnect I got to have a sit-down, kind of, with Matt Conn. The pioneering gaymer behing GaymerX (An LGBT gaming/geek convention) and the new video game, “Read Only Memories” a cyberpunk adventure that takes place in Neo-San Francisco. The game was just crowd-sourced through Kickstarter earlier today. Matt and I talk about hair, the game, other games, and stuff!

Why was Snatcher such an important game to you? Why did you want Read Only Memories to be influenced by it?

Matt: So snatcher was really important to me because it provided a really epic, movie like story in a time when games didn’t have the technology to pull off these amazing cutscenes that we have today – it told this really vibrant story using an amazingly written script, awesome music and really cool characters. We knew that, as our first game, we didn’t want to get over our head in terms of technical stuff, and by choosing this style of game, we can focus on what we’re good at – writing, music, and art.

What other games/movies/literature played a part in inspiring this game? I sensed I,Robot and a little bit of “Metropolis”.

I think it’s a lot of cyberpunk in one – we played a lot of adventure and cyberpunk games to help get us ready for this game, so Rise of The Dragon for Sega CD and 80’s Japanese anime really played a lot into it. There seem to be a great amount of LGBT/Queer characters but you don’t label this a gay game. What other aspects of this game are you trying to appeal to Queer audiences besides the characters?


The game isn’t really a “gay game” in the sense of what people have described what a gay game is – it’s not made to be a “sexual” game or anything like that or something that is made exclusively for queer audiences. We just really wanted to make a game that had queer characters in prominent positions and interactions and we felt like there wasn’t really any adventure games out there like that.

The Neo San Francisco idea is great, how fun was it imaging how San Francisco would develop and change in this world? What neighborhoods will we get to see/visit?


The point of doing it in SF is that I hate how every game takes place in NYC or LA – SF deserves its time in the sun, and by doing the game 50 years in the future, we can have queer characters in prominent positions. I want this to be a love letter to SF – so we’ll have Golden Gate Park, NEW Candlestick Park, Chinatown, Inner Sunset, Castro – we’re gonna try to keep SF as real as it can while also trying to predict some of the changes in the 50 years. I haven’t played an adventure game since “Museum Madness” on my middle school Mac: will this game make me want to jump back into the genre?

I hope so! We want this to be a super fun, really accessible adventure game and we hope that since it’ll be on iOS and Android it can pull new and younger users into the genre!

I love your hair, do you think I could pull off a coif cut?

Yes! Everyone can pull off a great hair style – you just gotta have confidence – so many people made fun of me while it was in transit to what it is now, it was weird for a while but I knew what I wanted and I kept growing it out til I got the effect I wanted..don’t be afraid to experiment, don’t let the system tell you what to have as a hairstyle!!

Despite the fact that mobile devices can support HD graphics you’ve decided to stick with pixel ones. Is this an homage to Snatched? Or were you going for a retro vibe?

Both! We really love pixel art and we really really wanted to make something in that style – we could do HD graphics but that’s every game now, we kinda wanna make the game almost as if it were 1995 again, but with the respect for the Queer community that wasn’t as pervasive back then in gaming.

What’s the general feedback you’ve been getting about this Kickstarter campaign? We’ve all seen how some straight gamers react to Queer content in games, any negative feedback?

Oh, of course! A lot of poeple said they think it looks really cool but that they wish it didn’t have queer content or asking if it’s gonna be “too gay” or preachy – It’s good to see that people are even willing to give it a chance and I think a lot of people are going to pleasantly surprised – it’s not going to be shoving dicks in your face or whatever they think, it’s just well rounded characters, some of which happen to be gay, lesbian, trans or queer or asexual or polysexual or whatever!

How has that affected how you’ve developed the game?

We’re making the game that we wanted to make – feedback has helped us shape some characters and objectives and the design of the game a bit, but negative feedback, much like with GaymerX, just fuels us to work harder to prove them wrong and produce a great product!

Have you ever played “Dominique Pamplemouse?” The black and white, clay-mation, musical, detective-adventure game that was also developed by a talented LGBT person?!

What has been the hardest part of the development process? The most rewarding?

The development has been super fun – this is my first foray into making a game, although we have some really awesome engineers on the team, so they’ve been teaching me how to use unity and we actually made a program that pushes twine scripts into Unity so it’s been really fun and interesting watching that process and watching these characters come to life.