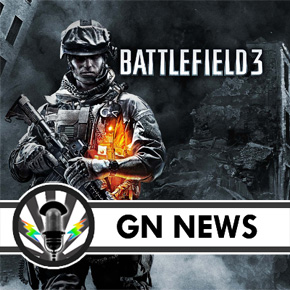 Less than a month before its release, Battlefield 3 Open Beta is now available for PC, PS3, and Xbox 360 players.  By joining the Open Beta, players will be able to help DICE stress test servers, allow them to run important tests on the game’s back-end and Battlelog.  Console gamers can download the game through the Playstation Store or Xbox Live Marketplace.  PC gamers can download the game through EA’s Origin client.

Posted on the game’s official blog, DICE offered these tips for playing Battlefield 3.

1. Stick to your team mates, and remember to spawn on them to stay close to the fight.
2. Use your kit specific abilities to help your team mates. Assault can hand out med kits, Engineers can repair vehicles, and Support can hand out ammo.
3. Make sure when you have armed an M-COM station, that you defend it to make sure it is destroyed.
4. The bombed-out tunnel section in Operation Métro is an excellent place to use a flashlight as one of your weapon attachments. Use it to light the tunnels up – and to blind your enemies.
5. Attach bipods to your weapon and deploy it automatically by pushing up against cover or going prone and zooming in – this gives you a huge increase in accuracy and stability.
6. Use suppressive shooting (fire close to enemies behind cover) to negatively effect the enemy’s fighting capabilities.
7. Watch out for falling debris as this can hurt you. But you can also hurt your enemies by taking out buildings with the Engineer’s RPG.
8. Shotguns are excellent for CQC (Close Quarters Combat) in the tighter tunnels sections.
9. Fire automatic weapons in short bursts for accuracy, or switch to single fire mode if applicable.
10. To grab your enemy’s dog tag as a souvenir, do a stealth knife kill from behind.

Battlefield 3 is the latest iteration in the Battlefield series and EA has been hyping up this game in their hopes of getting a piece of that Call of Duty pie.  With more than 1.5 million pre-orders, this game is shaping up to be a guaranteed best seller.  The game comes out for PC, PS3, and Xbox 360 on October 25, 2011.

Will you be participating in the Open Beta?  If you already are, what are your thoughts on it so far?  Let’s talk about it in the forums.