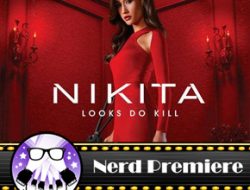 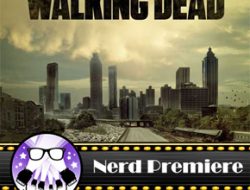 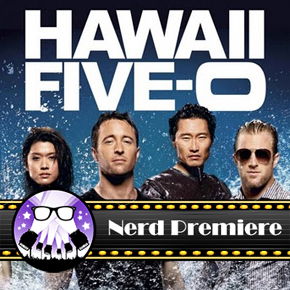 Lt. Col. Steve McGarrett (O’Lauglin) was in South Korea when an international terrorist murdered his father because the Navy Seal failed to escort his brother out of the country safely.  On returning home to Hawaii to put his dad to rest, McGarrett is propositioned by the governor to lead a task force with the goal of putting an end to the seedy criminal underbelly that has been plaguing the state.  With the help of detectives Chin Ho Kelly (Kim), Danny Williams (Caan), and Kona Kalakaua (Park), McGarrett takes a hard nose to the corruption defiling the beautiful beaches under his jurisdiction.
Positives
Hawaii Five-0 is gorgeously shot.  The camera sweeps in on every corner of the islands to allow the viewer to feel as though no stone was left unturned in presenting the setting.  It’s a beautiful way to underscore the fact that “with less than a million people, the bad guys know who the good guys are.”  It is a startling juxtaposition to Nikita.  The result of having higher production values is evident in the first couple of minutes before the title sequence begins.  Most interesting about the visual language of Five-0 is how the placement of cameras during action sequences is reminiscent of that in video games.  In contrast to the horrible first person scene in Doom, the subtle positioning of over-the-shoulder views and action moving toward the camera are a refreshing indication of the blurring of lines between media.  The cast and director do a bang-up job of making the action feel explosive by carrying the energy consistently through the sequences and handling transitions from the lighter moments back to action.  The show flies by in 44 minutes.

Where Hawaii Five-0 fails in comparison with Nikita is having a lead actor capable of being the driving force of the show.  Alex O’Laughlin lacks all of the charisma, humor, and depth necessary to keep his character from looking like a flat, uninspired protagonist of a generic first-person shooter.  O’Laughlin is more concerned, rather, with looking gruff, wild-eyed, and cool, which makes Det.  McGarrett read more as a reckless maniac who is horrible at his job rather than an accomplished soldier balancing the loss of his father with the urgency of capturing his murderer.  His dismally external performance exacerbates the clumsy manner exposition is delivered by the writers.  O’Laughlin’s delivery takes the dialogue to an unfortunately laughable place equivalent to rush-job voicing that plagues a lot of anime and RPGs.

Thankfully, O’Laughlin is surrounded by competent cast mates who are able to take a little of the edge off and create a dynamic between the four of them that is fun to watch.  If I were to choose between Hawaii Five-0 and Nikita, I’d have to choose the latter.  Hawaii Five-0 is what almost exactly what an action series should be:  bombastic and thrilling, but not so moody that it gets in its own way.
How off am I this time?  Share your thoughts in the forums.