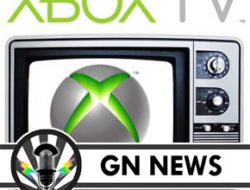 Microsoft talks about Xbox TV. It could change everything. 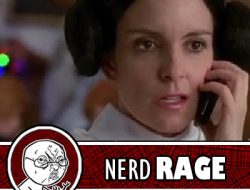 Tina Fey on the topic of gay nerds… 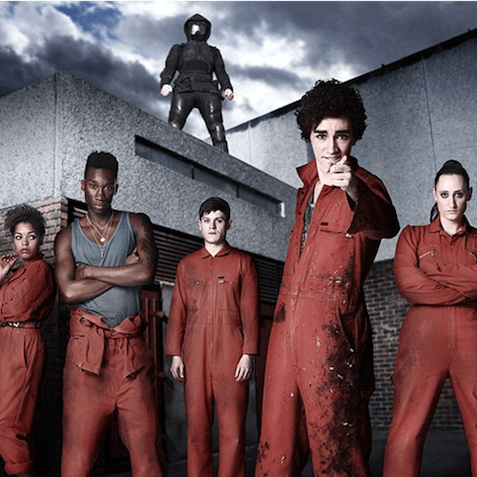 Why should you be watching Misfits? Well, because it’s good. Great, even. Just off the top of my head I can think of two ways to describe this British drama-comedy series: 1) It’s like the (original) groundbreaking British teen drama Skins but with superpowers; and/or 2) It’s like Heroes but, you know, actually good.

There doesn’t seem to be a lot of talk about this fun, clever series so here’s what you need to know:

The show first aired in the UK in 2009 with only 6 episodes. In 2010, season 1 won the BAFTA Television Award for Best Drama Series. Also in 2010, Misfits returned with season 2, giving us 6 more episodes and a completely blasphemous and hilarious Christmas special. The third season is currently underway on E4 in the UK.

Every episode is packed full of killer songs by artists like LCD Soundsystem, Florence and the Machine, Hot Chip, Gang Starr and even the theme song is by indie club favorites The Rapture. Suffice it to say, every episode will make you want to dance.

In a nutshell, Misfits revolves around 5 law-breaking kids, with pretty dirty mouths I might mention, who are forced to work out their probation doing community service. A freak storm breezes through and, somehow, unleashes powers upon the land giving each delinquent (and more) their own superpower. Then of course comedy, romance and murder ensue. That’s really all I can tell without giving away too much.

How does this superhero drama differ from the rest? We have all seen superhero shows where either the hero or the heroes use of power is so predictable it’s boring (No Ordinary Family). Or the powers are trying so hard to be original that it’s just silly (The Cape). But the way the series handles powers is by including them as a secondary trait to the characters rather bold personalities. This is where the show really comes alive. The series is about the individual and how they react to power instead of the power and how it makes the individual act. Did you get that? Good. And, yes, some of the abilities are not that unique, but how the character uses them are pretty different from what we’ve seen in the past. Let’s not forget these are kids and criminals who have powers, so you can’t expect them to always use their abilities in a likely or responsible way.

So, who are the ‘Misfits’ in question? I started with him because he’s just so damn cute! And he’s very sweet and vulnerable which only makes him cuter. He’s definitely the soft-spoken one of the group and the one who manages to keep a level head in a crisis (which is always). Being a Sci-fi and comic nerd, he was the first to really grasp the gravity of having powers. He could be the leader of the group if he would only learn to speak up. Or maybe he could garner leadership by impressing everyone with his abs. Whatever. As long as he keeps taking off his shirt. This girl is a firecracker and boy does she have a mouth on her. Ill-tempered, brazen and outright funny, Kelly is one of the strongest on the team and she’s certainly not afraid to get her knuckles bruised. Not only does she have the advantage of knowing your next move, but this girl is filled with a fighting spirit and could tear you down with a look. Still, there’s a sweetness about her that keeps her from becoming obnoxious and enough raw charm to make you love her. Curtis has one of the more abstract powers of the group with his very limited time travel. It doesn’t work the way you might expect. He seems to have very little control in using this ability. It only works when he’s feeling deep remorse or regret; and sometimes it just happens. With a power like this you’d think he’d be the strongest member, but as you’ll find out in season 1, time travel is not as cool or convenient as you may think. Alisha Baily (no relation to Kelly)

Okay, this is a weird one. Similar to the X-Men’s Rogue, Alisha can’t touch anyone without serious consequences. Does she steal powers? Does she steal memories? Nope. If you’re a guy, her touch will drive you insane with arousal. Your innermost fantasies will be revealed usually in an aggressive string of obscenities and to quote Simon (the quiet, shy one) while under Alisha’s touch, “I wanna f*** your hairy armpit.” But if you’re a girl under Alisha’s grasp, then you spew the most hateful, vile insults. No word on what happens when she touches a gay person. Power – We had to wait an entire season to find out, so why should I let you find out so easily?

This lovable pervert is clearly the fan favorite of the group. He’s sleazy, crude, foul-mouthed, and unbelievably offensive, BUT he’s equally charismatic, witty, and undeniably sexy. He’s the kind of kind of guy you want to kiss out of lust and slap out of anger at the same time. He’s a superhero done right, but a human being done wrong. I just can’t seem to make up my mind on whether I like him or hate him. Whatever. Just know this about Nathan: He may or may not steal your heart, but he will certainly steal the show.

Now that you have a feeling for the team, why else should you watch it? It’s funny and brash. It’s smart and sexy. And importantly, it has good, solid writing. The stories are not overly complex or deep but rather, they’re simple and straightforward with just enough layers to offer the kind of twists that will keep you guessing, shocked, and dying of laughter. It’s everything you wanted from Heroes but never got; action, real drama, comedy, well used superpowers, and tons of personality. Each episode delivers the goods and you’ll wonder why it took you so long to find out about the show.

If you still need convincing, then go to Hulu.com to catch up on the first 2 seasons for free. Season 3 will air exclusively on Hulu starting December 19. Fair warning though, this show does have strong adult language and adult themes, so you will need to create a free account before launching an episode. If you find yourself falling in love, you could always head over to iTunes to purchase episodes in both standard and glorious high definition. If you still need more than that, exclusive behind the scenes clips and the like are offered on the official Misfits homepage at E4, but beware of spoilers.

Now if only we can keep this wonderful show from getting ripped off and turned into a washed-out American bore sure to be cancelled after 2 episodes.