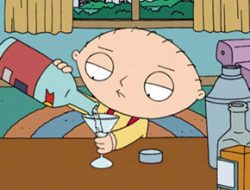 Are They, Or Aren’t They: Stewie Griffin 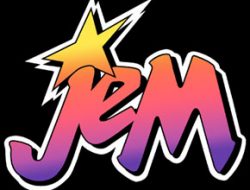 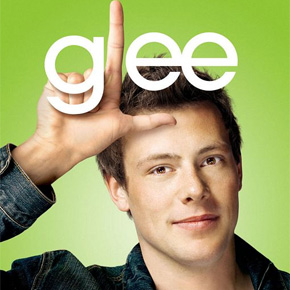 Are They or Aren’t They?:Glee

I’ve wanted to do one of these for a while now and with the Glee season finale out (it was awesome btw), the setting is ripe for some hardcore fanfi… introspection and analysis. No, I’m not going to discuss if Kurt is gay. Trying to guess is like trying to decipher whether the sky is blue, the grass is green or that Sonic hasn’t made a good game since the 90’s. It’s bleedingly obvious and hammered into our heads and it’s been talked about too much.  He’s this show’s token gay character and poster boy for all things gay related in the show. Enough about him…

Someday, you bitches will talk about me

The person or rather, duo that I’m going to be talking about is “Brittana”. (coined by the rather rabid fanfic community)
That’s right, I’m talking about some Brittany and Santana loving.
Are they totally rainbow for each other?
Now, give me a sec here…

Atta girl Brittany. Now she gets what I'm suggesting

It’s been stated multiple times that Santana and Brittany have had sex with a lot of guys. And with Santana pursuing Puck, it’s a hard argument to sell that they’re lesbians. But, are they bisexual?
The most damning piece of evidence for this is from the episode “Sectionals”
Santana : Sex is not dating.
Brittany : If it were, Santana and I would be dating.
[Awkward silence]
[url=http://www.youtube.com/watch?v=d9nu3osE3s0#t=0m20s]http://www.youtube.com/watch?v=d9nu3osE3s0#t=0m20s[/url]
For most, this is pretty much evidence that they are. But I’ve honestly defined an orientation as having romantic interest for someone on top of sexual feelings for someone. So besides just having sex with someone, is it possible that they could fall in love with each other?

There are a lot of scenes where they’re being very friendly and caring for each other. They are frequently shown holding hands, holding pinkies, and helping each other out. Initially, Santana and Brittany were treated as one character, finishing sentences and always physically connected or in synch with each other. Just like any idealized, healthy couple. They love working together (like in Ballads when they were ecstatic to sing together) and in general, Santana watches out for Brittany when she doesn’t quite get things right.
Why they might not be:
These girls are manipulative vapid social climbing cheerleaders (best entertainment ever.) who are not above using sex as a tool to get what they want. They’ve proved this by double dating Finn and offering to make out in front of him for dinner and when Santana de-virginizes Finn so that he’ll be loyal to her instead of Rachel. It’s very much possible that they’re having/had sex together to increase their popularity. Two hot girls doing it, I’ve come to understand that that’s a big turn on even though I’ve never personally saw the allure for it.
We can’t even discount the fact that they are just teenagers who might simply be experimenting with each other. They could just not know.
Why they should be gay:
It would be a boon to have two bisexuals in a relationship on TV. I mean, we’re just inundated with all these negative stereotypes about bisexuals doing anything that moves. It would be interesting seeing this develop into a real relationship.

Back off, skanks! I'm not a stereotype!

Character-wise, it would add a lot of depth to these side characters. Santana and Brittany keep having sex with random people so their most stable relationship really is with each other. Santana watches out for Brittany and Brittany provides warmth and comfort to Santana. It wouldn’t be a big stretch for it to happen at all. And considering that Santana’s main love interest is Puck… well. Brittany is much better. Puck flits back and forth between doing girls for popularity and loving Quinn. Santana just seems like someone to do when he’s bored.
Plus they’re just adorable together. Lookit!


Tags: Are They Or Aren't They?, brittany, glee, kurt, santana

» Television » Are They or Aren’t They?:Glee