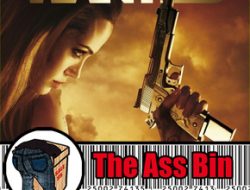 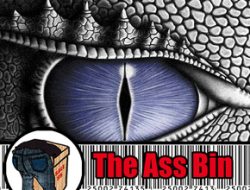 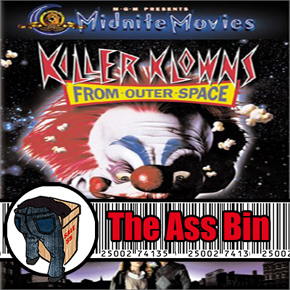 Horror movies have a tendency to ruin cherished childhood memories. Child’s Play ruined dolls for girls and “action figures” for boys. Leprechaun made every episode of Friends and bowl of Lucky Charms terrifying. Friday the Thirteenth made summer camp a place of death and destruction, despite the transgender camper also killing people. Fortunately, clowns have always been terrifying, so when Killer Klowns from Outer Space hit the movie scene in 1988, there wasn’t much to ruin. Heads up, this dog is killed off camera five minutes into the movie. Normally, that's a deal breaker for me, but I struggled on.

The title describes literally everything about the movie, but incase you’re unclear, let’s go over the events. So little happens that we can actually do that this week…

Get your iPods ready for the cheesy 80s rock ballad opening describing the killer klowns (their spelling, not mine), separately mentioning that they hail from beyond this world. Crotchety police officers scorn the early-thirty-year-old-but-still-in-college populace. An ice cream truck lures fat girls into their vehicle with the promise of free ice cream. And this is the world Killer Klowns from Outer Space crashes suddenly into.

Why is it that every time aliens land just outside of town in a brilliant fireball that illuminates the night sky, only six people notice? Furthermore, they accept every thinly veiled premise that crashes into them, like seeing “hailey’s comet” land in the distance and then finding a circus tent in the middle of the woods. Yes, that’s ordinary and not suspicious at all. Hey, why is there a circus tent out in the middle of nowhere suddenly? We better go inside.

After a quick transgender joke and then one about bulimia, a girl quickly puts it together that the shooting star was actually a space ship. I hesitate to call either the main man or woman “smart” or “an idiot” since their next moments read, “Did you hear that shadow the camera just cut to? Oh no, something is coming! Quick, let’s run deeper inside the space ship.”

The police actually believe the mildly drunk kids that run into town talking about klown aliens wrapping people in cotton candy and eating them. Well, the young cop does, while the older officer insists that the college misfits are just trying to get a rise out of him. You see, this town has a college, apparently filled with a lot of 30 year old college students routinely pranking the town police, and it comes back to bite them in the ass when one of the two police officers refuses to even answer the phones after hearing about the klowns. Fuckin’ po… At this point, you may be tempted to ask “why are the aliens klowns?” Do yourself a favor and don’t. The klowns immediately start running around town and harvesting people, which actually makes a lot of sense. Unlike other movie killers, there’s no pretense or instilling fear into their victims, they get right to why they’ve come – to go grocery shopping.

To help them in their quest for flesh, the klowns have powers that fit their comical nature, such as: super jumps, the ability to punch off human heads, hand puppets that can interact with objects (mostly to eat people), balloon dogs that can come to life and track people like bloodhounds, and cream pies that melt flesh. Why would anyone let these...things throw *anything* at them? Fucking scary enough as it is.

Topping it off, the clowns come equipped with what can only be described as popcorn based engines and rifles. In a not-so-surprising twist, the popcorn is sentient and apparently extremely hungry, eating an entire person at one point. Eventually, they grow into…vines with klown heads.

Yes, the popcorn appears to be baby klowns. They reproduce with spores, which they then use as rifle ammo and engine fuel. Weird… "Corn turns into terrifying clown monsters" would be the best slogan for ethanol lobbyists.

Plot oddities aside, the whole film moves awkwardly and has no sense of time. For example, main girl gets into the shower, then ten real minutes of different scenes happen. She then gets out of the shower, another ten real world minutes passes, she gets kidnapped conveniently after getting dressed and then finally things start moving together as the heroes go to rescue her.

During the twenty minutes she was in the shower, hours of movie time passed and the entire town was killed. >:|

Yes, all movies make these cuts and overlay the timeframe a bit, but good movies hide the trick from the viewer, at least a little. The majority of the film’s runtime goes toward scenes of the klowns “hilariously” killing old ladies and college punks around town while the human characters drive back and forth, getting very little accomplished and saving no one. Clearly, the movie was made both by and for people that judge horror flicks on the number of gruesome/chuckle-worthy death setups.

Eventually, the heroes, equipped with no way to really fight the klowns, find their way to the mother ship. Fortunately for them, it was poorly designed and explodes at the death of a single, albeit monstrous, klown, which really brings into question how these aliens got here in the first place. In fact, while running through the fun house inspired ship, only once do we get to see the mechanical inner workings, which makes me believe the ship flies through clown magic. Based on everything else that happens, I don’t think it is too far fetched to just hand wave it away. This klown plays with his food and consequently dies. Let that be lesson to you kids.

I’ve been avoiding telling you how to kill the klowns because it is exactly as idiotic as you might guess, but in case you ever find your town under attack, you should probably know. To kill the klowns, you have to destroy their big red klown nose. Yup, they’re like putties from the Power Rangers back when it wasn’t about ninja dinosaurs in space.

Recommendation: If you are a fan of fun, yet pointless, horror movies with insane body counts and cheap special effects, or are bored and have Netflix, then check out Killer Klowns from Outer Space. Oh, and doubly so if you have a thing for leg warmers.