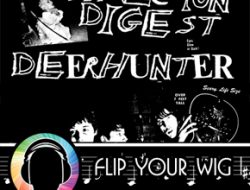 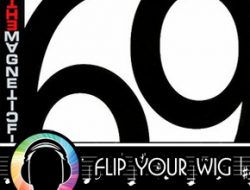 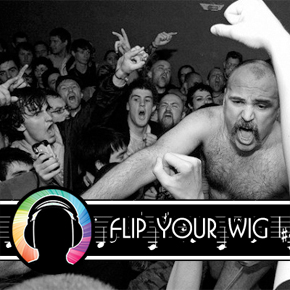 Welcome to Gay-Nerds biweekly highlight of music from members of the GLBT community and their allies. I love punk rock. I love venturing to shows and watching people slug it out in pits, yelling along to all of the words, seeing up and coming bands cycle through their first appearance in Connecticut (and struggling to come up with a clever story about it). For the night, you and an entire room of strangers are like family, helping each other off the ground, spilling beer all over one another, and declaring love for one another even though you’ve only just met.

However, it also can be an uncomfortable place to be different. There are always “those guys” who feel the need to assert their authority and muscle by picking fights with the 130 pound wusses like myself in front. Depending on who’s playing, different kinds of people show up. More often than not, the more macho the band, the more likely you’re going to find tough guys who need to prove how ridiculously macho they are. These guys (and girls) follow in packs. Fights can break out and sometimes the police can get involved. For a genre that champions individuality and fighting against what confines and degrades you, I’ve found an alarming number people who just want to make you feel miserable for existing in their space, and those few sour attitudes ruin the whole thing for everyone.

All of the above goes double for hardcore punk. The music is faster, the performances and crowds are much more physical, the stances are often more militant, and the audience is almost entirely young, white, male, and heterosexual. I’ve only been to a few strictly hardcore shows, but I can’t help but feel like I’m back in high school, except everyone is trying to stomp the shit out of one another. The members of Limp Wrist banded together in the early parts of the last decade, determined to kick ass, challenge unspoken rules and burn down the closet in the process. Martin Sorrondeguy had already come out in his previous band Los Crudos, and formed Limp Wrist in hopes of producing a queer voice in hardcore, reaching people, and touching on issues that other bands were afraid of tackling or were simply unaware of. Being sexual in hardcore is nearly unheard of (unless you’re complaining about some girl). Limp Wrist combined a caustic sense of humor with spitfire music to combat homophobes, question established, self-discovery and community. They also take on the LGBT “community” in equal strides. Oh, and then there’s the songs about sex. There’s a lot of ’em.

Musically, there’s nothing here that wouldn’t sound out of place on most hardcore CDs. The songs define terse and tense with Martin yelling and wailing like a caged dog. They’re also surprisingly catchy. Regardless of one’s orientation, Limp Wrist were (and maybe still are) sure to inspire circle pits and pile ups in even the most jaded straight-edge lifer. I don’t think there’s much more to say about Limp Wrist, and I doubt they’d want me to. Just grab some friends, a lyric sheet, and a handful of ass at your next show. The boys wouldn’t want anything less.

Like it? Love it?  Disagree that crust punks cant be beat?  Bring it to the forum!