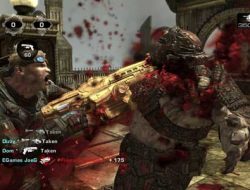 On the Impact of Violent Media 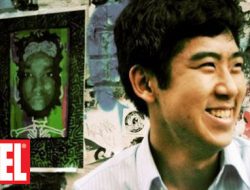 Industry Interview: A Talk with Daniel Ketchum from Marvel

As advertised before on the site and on gaygamer.net, gay nerds and gaygamers from throughout tri-state area descended upon the Chinatown Fair Video Arcade for fun with…you guessed it!  Video games.  For the first two hours of the get-together we blended in amongst other gay and straight nerds offline inside the satisfyingly cramped arcade and played video games ranging from classics such as Ms. Pac-Man to new arcade sensations like Street Fighter 4 in the traditional, token-gobbling arcade fashion.
As our time at the arcade rounded up, half of us headed to Vivi Bubble Tea to quench our thirst, and we all coalesced once more for dinner at Ajisen Ramen.  Being the huge and awesome group that we were, there wasn’t enough space to handle us all, and the our pack of nerds was split in half.

You can't tell but that's a gay stampede of 31 people

Once we were done stuffing ourselves with delicious food, we made our goodbyes with some of the members who had silly things like work to worry about in the morning, we bum-rushed the subways like a pack of lemmings and hit a series of three bars–Phoenix, Therapy, and Posh to be exact–slowly bidding farewell to more increasingly tired and busy guys. The night officially ended at the clubs, but afterward, six of us still had the desire for food, so we went to Galaxy Diner for a greasy night cap, made our final valedictions, and finally headed home.
At 4:30
Here are some more pictures of the night!
[nggallery id=18]
For a funnier perspective of the meet-ups, follow Gay-Nerds on Twitter or talk about it on the forums!