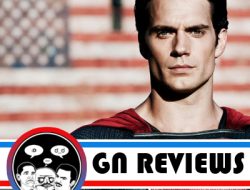 ***WARNING: There are links in the article that will take you to sites that are not safe for work! NSFW! The article itself is PG to PG-13, but the sites we reference are very adult! WARNING****

Colby Keller is a brown haired, brown-eyed Disney Prince come to life with the body of a god and the, um, well . . . the adult-equipment you would expect of a porn star of his caliber. He has been blogging on his personal/professional/art blog, Big Shoe Diaries, since October of 2009. He has a dedicated fan-base and has starred in major gay-porn studio productions from Sean Cody, Cocky Boys, and Men.com. When not making his own art, collaborating with fans, or spanking people at “spanking stations”, he has been made into art himself. Artists have used his likeness in pop-art, fine art, sculptures, and paper dolls. His sexual appeal, good/easy-going nature, and boy-next-door-meets-Disney-Prince-good-looks make it easy to see why his fan base is so dedicated. This project will probably make them (and me!) fall in love with him all over again.

This undertaking would normally be a huge deal but it’s made all the more wild for the fact that Keller has no big studios backing this project as of now. It will be entirely funded by his fans. At the time of this article he has raised almost $10,000 of his $35,000 goal. What’s more is the majority of the videos he plans to make will be free to his fans. With such a high cost and high risk with little reward I had to ask Keller about this undertaking and what he had hoped to get out of it if there was no monetary return expected. (But I bet there is manetary return expected!) GayNerds: When you see art that other people make of you (sculptures, paper dolls, etc) how does that compare to the art you make of yourself and your movies?

GN: Was this Fucking-Around-the-Country an idea that just struck you when you gave away your possessions and decided to leave your apartment? Or has it been something you’ve thought/planned/fantasized about previously?

CK: I’ve done a few road trips that I enhanced with the blog, connecting to Spanking Stations, artists and foodies.  I think this larger, longer trip is the result of that practice.  It’s not a new thing, but something I realized that I could do bigger and better than I’ve done before.

GN: What are your plans concerning Hawaii? Or will you be staying on the continent?

CK: I’m very nervous.  Momentum seems like an important element of a successful campaign.  It’s like in Hockney’s Alphabet . . .the scariest letter in the alphabet is U because it creates the word Unless . . .

GN: This is a big risk, after all. Giving away your things and leaving your home. Do you have a back up plan?

GN: How do you plan to keep yourself in the great shape you are in on the road? Road trips usually mean fast food and not a lot of time or chance for exercising; do you have a plan to combat that?
CK: I’ve traveled a lot before and if you are committed, it’s not hard to find gyms.  I’ve worked out in rural Arkansas, the desert Southwest and downtown Detroit.  You have to be willing to view fitness in the eyes of the locals and not expect a sanitized version of gay bourgeois gym culture presented in media, but I’m familiar with this already from living in Baltimore so I’m not expecting too many surprises. GN: Besides filming your sexy movies how else do you want to engage your fans in this project during your journey?

CK: I hope to engage with artists and community leaders, learning about all the places I visit and creative collaborative works of art as well.

GN: You are a very socially conscious person. On social media and online you often speak out about injustices, especially those that the LGBT face. During this journey are you looking for a chance to lend your voice to causes you care about? Helping nonprofits or advocating?

CK: I will continue to speak truthfully. I will focus on my art practice and completing the goal of creating a video in each state, but if the opportunity arises to collaborate and lend my voice to a sex-positive, progressive issue at a local level, I will definitely do what I can to bring awareness to the issue.

CK: The idea interested me and I decided to declare my intentions. I have since received several emails and calls from prospective partners.  I will converse with each of them and see if any make sense for collaboration. A conundrum for the ages: Who would you rather?

GN: Did you know that Superman went on a walkabout the country to try and get back in touch with the American people? Is this something you’re looking forward to? Getting to know the roots of states you have never been in?

CK: Exactly.  The relationship to travel, journey, “the hero’s quest,” the wanderjahr, etc. are all underrated in American culture.  I meet a lot of seemingly interesting gay men with means who “travel” around the world, but are only capable of regaling me with stories of hot gay boys they met in some boring nightclub in an expensive foreign destination.  You don’t need to quadruple your carbon footprint to experience the exotic.  You just need to open your eyes.

GN: Where do you plan to find the models for your movies? Grindr? Will you being using professional stars from each state? Or will you be filming with “real” and/or “average” guys?