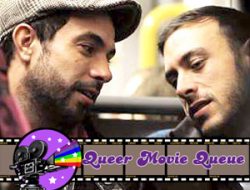 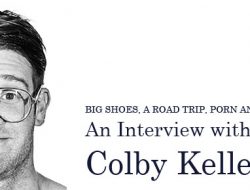 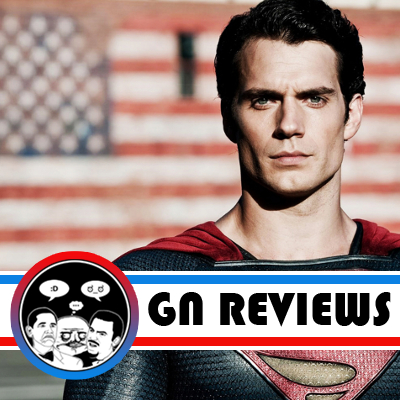 Man of Steel is breaking box office records world wide and receiving some of the most mixed reviews any comic book movie has received. Is Man of Steel a love-it-or-hate-it film? Are people clinging too closely to their old views of an iconic character? Is this Superman the Superman of our generation? Here are the thoughts of this gay nerd.

When watching Man of Steel my breath caught in several places. There are moments in the movie that seem pulled straight out of the comics that sent shivers down my spine. As a nerd I completely respected Snyder and Goyer’s nods to the comics while redefining a hero for the current generation.

Let’s start with the bad parts of Man of Steel, shall we?

The movie is heavy. It will weigh on you and not let up, there is no levity and the few laughs that are present are shadowed by the disaster, darkness, or angst that is constantly happening. In an early scene Clark takes revenge on a trucker by impaling his rig with a few trees. This scene would have been funnier had we not felt so bad for Clark, he feels completely alone and alienated and the movie portrays that well. But the laughs seem more forced that anything. I think that forgoing any comedy whatsoever would have done the movie more favors. When I did laugh I immediately  felt guilty afterwards, like chuckling at a funeral. After the  climax of the movie the tone lightens up and there is a bit more fun to be had with banter between Superman and a general but it doesn’t make up for the almost oppressive tone the movie delivers. It’s strange, really, that Superman would have a darker movie than Batman. It works in its favor, mostly, but a chance to breathe would have been appreciated.

Other bad parts? The romance between Lois and Superman felt rushed. It did feel natural, however. Amy Adams and Henry Cavill have great chemistry on screen but after only talking a few times you could already tell they were destined to be together. It was like  the romance plot of this film was taken directly from a Disney Princess film where the damsel in distress falls in love with Prince Charming after meeting him all of one time. And Lois figures out who Superman is awfully easy. I’m not saying she isn’t a great investigative reporter but she uncovered his identity in mere months and at the end of the film the government is still trying to discover who he is. Despite the fact that Zod and the other Kryptonians visit the Kent farm the military is still blind to Superman’s connection to Smallville, it seems.

There was also a bit of product placement. The Nokia phone was the most obvious and out of place. Sears and IHOP both make a rather major appearance but if you’ve ever been to a small town in Kansas it makes sense that they’re there. Also: they get completely demolished so I can’t be too mad about it. On the upside of the product placement were the LexCorp tower and trucks and a Wayne Enterprises satellite. Easter egg product placement is forgivable.

It was acted expertly! I was especially blown away by the performance of Ayelet Zurer as Lara Lor-Van, mother of Kal-El. When watching the previews we are bombarded with Jor-El and his plans and hopes for baby Kal. But it was Lara who seemed the most parentally tragic of the two. And during Krypton’s destruction she looked on and then glanced to the stars, wishing Kal the best. It is another heavy moment in the film but it is both beautiful and heartbreaking. The Kents, Superman’s adoptive parents, are played by Diane Lane and Kevin Costner.  Diane’s Martha Kent has a touching moment when she helps young Clark hone his super senses when he throws a fit in school. But that’s really all she does when bringing him up as a child, everything else is almost exclusively left to Pa Kent. But Superman and Mrs. Kent do exchange some mother/son dialogue when he is older. Costner’s Kent was a brilliant father, protective and instructing. In the comics Pa Kent raised young Clark to do the right thing. Man of Steel’s Kents raised Clark to choose to do the right thing. The option being completely his, even if it means going against his father’s wishes. And Kent’s morally ambiguous reply to Clark asking if he should have let his classmates die was chilling and real. At his core Pa Kent wants to protect his son and raise him to do the right thing, he is obviously conflicted about his son being a hero and being a target of hostility. Costner’s Kent was the protective father that he was supposed to be while trying to help young Clark discover who he is. Amy Adams was perfect as Lois. Smart, witty, funny (she provides the lightest moments in the film), and dedicated to discovering and exposing the truth, she is also protective of Clark. Lois plays the damsel in distress on occasion but she never feels weak while doing it, it doesn’t make her less of a character or just a plot device. After the shocking climax Superman falls on his knees and buries his face in her stomach while she holds him. It was touching and it was nice to see that after all the times he’s saved her that she is there to save him, even if all she can do for him is offer him comfort. Henry Cavill was born to play Superman. That’s all that really needs to be said. I loved Micheal Shannon’s Zod. He is a chilling sociopath who does whatever needs be done, he is blind to everything but his duty. He is a patriot to the extreme with no morals. All that matters to him is the result and he will sacrifice anything to save Krypton. In this aspect he is a tragedy, his soul-bearing near the end of the film will almost have you feeling sorry for him. While Zod was a great villain, I fell in love with Faora-Ul. Faora, portrayed by Antje Traue, was sycophantic and cruel. I wish she were in the movie more. Her action scenes were among my favorite but it was her few lines,teasing and cold, that really explore her character. While she believes in Zod, she takes pleasure in killing for the cause. When she gets her perpetual smirk wiped off her faced she utters the ruthless line, “For everyone human you save we will kill a million more.” She’s a bad ass character who should have got more screen time. The action in the film, you ask? It was breath taking. From  Zod’s siege of Krypton to the planet’s destruction the movie ups the ante from the get go. Only 20 minutes into the film and it already had more action than all the other Superman films put together. The action was more evenly paced than I would have guessed and I’m thankful for that. The fights were unlike any battles in any superhero movie. Seriously. They were breathtaking in terms of scope and choreography. The destruction caused by the Kryptonians was off the charts and the final battle was epic. I know that the word has been used too much as of late but I can’t help it. The climax of the film, that last show down between Superman and Zod, made my gasp and clutch the invisible pearls around my neck. It was unexpected and necessary and it will give you chills. It is already causing a rift in the Superman fandom that will leave you absorbing it for hours after the movie ends.

Overall I loved this movie. It is a great first step into a new Cinematic DC Universe and a wonderful redefinition of an iconic hero. This movie had amazing action and over-the-top fights. It was expertly acted. It developed Superman’s character in a new direction that stays true to the boy scout we know and love but makes him believable and relatable to us today.