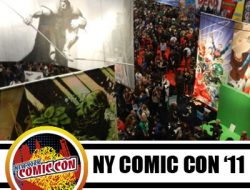 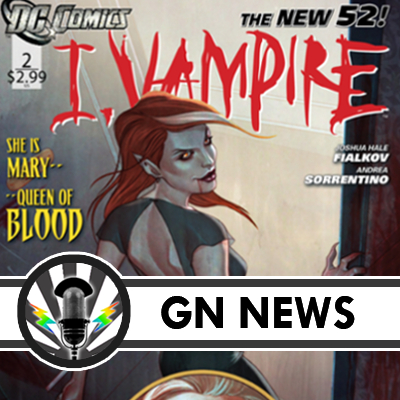 The DC blog has teasers of the latest batch the the New 52 being released this Wednesday, go ahead and read them here!

So what’s going on the the DCnU this week? Well, the releases include Superman, All Star Western, Aquaman, The Flash, Green Lantern: New Guardians, and I, Vampire.

In New Gaurdians Kyle Rayner (my preferred GL) is busy running from a set of rings chasing him around the universe. Or something. I’m not sure. But he runs into St. Walker and I immediately think of Blackest Night but that hasn’t happened in this universe (has it?) So I’m pretty much confused. But it’s Kyle Rayner and a team of Skittle Lanterns. What’s not to love?!

Aquaman is traipsing about with his wife, whom shouldn’t be called “Aquawoman,” for some reason, though she does display some kick-ass aquakinetic powers. Perhaps Aqauman thinks the cutesy name-sharing should be left to the Hawk-couple and the Super-cousins.

Batman is having a very muscled Two-Face cave his head in. Superman is having a pissing contest with General Lane about his daughter (who doesn’t know Clark Kent is Superman yet and is apparently his new boss). Is it just me or is Supes sexy in that T-Shirt-and-jeans-combo he used to wear?

Tim Drake is on a date with Wonder Girl in Teen Titans. Who is an anti-hero. And a thief. And could be Tim’s answer to Batman’s Catwoman. Anyway, we get a look at Superboy who is plotting something evil.

The Flash is . . . I don’t actually care all that much about Barry Allen. When Wally West takes over I’ll be more inclined to catch up to the Fastest Man Alive.

And I, Vampire is nothing like Twilight so I may have to give that one a read . . .