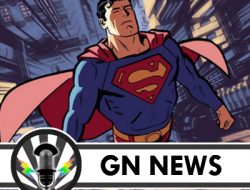 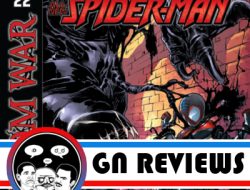 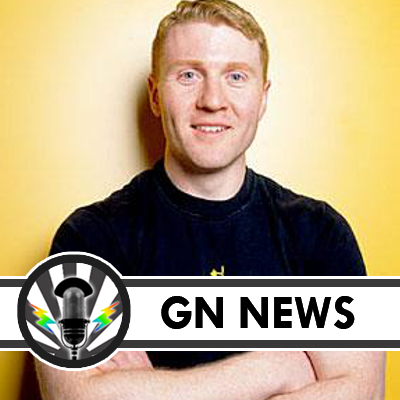 Well, I guess I’ll hand it to DC that they support their employees. No, actually I won’t had that to them. Because discrimination is wrong in any form and DC should be ashamed.

DC told The Advocate, in response to the backlash of hiring author Orson Scott Card to pen the first issue of new Superman title, Adventures of Superman, “As content creators we steadfastly support freedom of expression, however the personal views of individuals associated with DC Comics are just that — personal views — and not those of the company itself.”

And, of course, it seemingly absolved them of their hypocrisy. After all, they promote LGBT characters (Batwoman is getting married, Bunker is gayer than ever, and Apollo and Midnighter were featured in a Valentines Day special) so it’s okay that the man behind the first issue of a new Superman title is a member of the National Organization for Marriage, an organization that supported the highly “controversial”  (it’s not controversial; it’s plain wrong) “Kill the Gays” bill in Uganda.

But we’ve come into an area that is under much debate right now: should the personal opinions of an employee matter to an employer? No. But the actions of that employee sure should. See, this is not Orson Scott Card’s personal opinion. Liking vanilla over chocolate, thinking peas are gross, those are personal opinions. Trying to deny a group of people rights is not an opinion. It is discrimination, it is oppression, and it is wrong. My personal opinion is that Wonder Woman is the greatest superhero. Ever. Now that has often been reflected in my work here at Gay-Nerds but it hasn’t been lawfully pushed onto anyone. But if I were to promote a hatred of a racial minority or deny that the Holocaust happened you can bet that the site’s editor would kick me off of here for good. When you start to make other people live by your beliefs it is no longer a personal opinion because it is no longer personal. When you and your organization promote a bill that would kill homosexuals it is no longer a personal opinion, it is terrorism, hatred, oppression, and intolerance to an astoundingly shocking degree.

DC has every right to hire people and not care about their personal opinions. They do. They can hire someone who hates Marvel, someone who thinks the Yankees suck, etc, etc. But to hire someone who actively forces a narrow-minded viewpoint onto others? Who spreads words of hate in a day and age where teenagers are being bullied to the point of suicide? There is a line and DC has crossed it. Luckily, people are fighting back against DC’s decision to stand by Card. The petition on All Out to have Card removed from the Superman title has reached over 15,000 signatures and still grows. Many readers have decided to skip Card’s issue and some comic shops have refused to carry it. Such as Zeus Comics, a comic shop located in Dallas and owned by gay (and hunky) Richard Neal. Neal had this to say about refusing to carry the new Adventures of Superman title on Facebook:

“Zeus Comics will not be carrying the print edition of writer Orson Scott Card’s Superman. Card sits on the board of the National Organization of Marriage which fights against marriage equality. His essays advocate the destruction of my relationship, that I am born of rape or abuse and that I am equated with pedophilia. These themes appear in his fiction as well. It is shocking DC Comics would hire him to write Superman, a character whose ideals represent all of us. If you replaced the word ‘homosexuals’ in his essays with the words ‘women’ or ‘Jews,’ he would not be hired. But I’m not sure why its still okay to ‘have an opinion’ about gays? This is about equality.” Others have gone even further and decided to stop buying DC comics all together.   I was of two minds about that one; I love some DC comics and don’t want to stop buying them but I hate Card and want to send DC a message. And Marvel has worked with Card in the past and  will probably work with him again in the future. Dropping both comic-creating giants is a bit more than I can handle, personally. Still, refusing to buy the issues written by Card will at least send DC a message that intolerance isn’t tolerable (That was terrible, I know).

Sexy, geeky, gay, comic-love-god, Gay Comic Geek, had this to say about the situation in a YouTube video. I don’t agree with everything he says, especially about us being bullies by demanding DC drop Card. Us demanding to be treated with respect and  not be the victim of promoters an an ideology that creates a hostile environment for LGBT people is not bullying, it is standing up against bullies.

Let us know in the forums how you feel about DC and the Orson Scott Card debacle. Will you be signing the petition? Will you be dropping DC? Will you hold a comic book burning? Or does this not phase you at all?