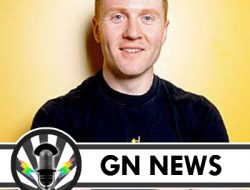 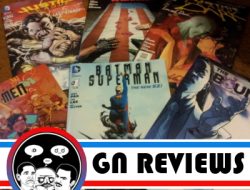 This month’s issue of Ultimate Comics Spider-Man is many things. Breathtaking in both story and development, heartbreaking in that both characters and creators are leaving, and tear-jerking in that it made me cry like a baby. Warning: Spoilers below.


I realize that I haven’t done a comic review in a while; I have still been reading them monthly but never felt the need to write about what was happening or my thoughts and feelings on them. They have, for the most part, stayed the same. Batman is still Batmaning, Wonder Woman is stilling defying the gods, etc. But this comic kicked me in the heart hard enough that I felt I had to write about it because I needed to. THAT is the sign, not only of a wonderful comic, but a fine piece of art.

What’s sad is that I haven’t written about UCSM since I did the review of Issues #1-4. I never lost interest in the comic so I will give you a quick run down of all that happened: Miles became Spider-Man with the approval of Nick Fury, Aunt May, Gwen Stacy, Captain America and the disapproval of Spider-Woman (Jessica Drew). He faced some bad guys, hid his secret, was involved in the death of his uncle Aaron(the Prowler), inherited Peter Parker’s web shooters, fought a war with Hydra, and recently faced off against Venom. The “Venom War” story saga came to a shattering conclusion that had me re-reading the pages over and over trying to absorb everything that was going on. I eventually had to read Newsrama’s interview with Brian Michael Bendis to cope with what I had just read.

Bendis stated in the interview with Newsrama that Spider-Man needs an Uncle Ben. Really, though, don’t all super heroes? Batman lost his parents, Superman lost his home world, Daredevil lost his father, and the list goes on and on and on. It is the touch of tragic that can inspire someone, bring out the best in them. With the death of his mother Bendis hints that Miles stops “playing” Spider-Man and is ready to grow up and become the wall-crawler. I had originally thought that what would inspire Miles was the death of his Uncle Aaron. The parallels between Aaron and Ben were great and Aaron still proved foil to Uncle Ben. Aaron was  thief, power hungry and greedy. Someone who would sacrifice the life of his own family to fulfil his wants. I had thought that Uncle Aaron’s dying words to Miles, “You’re just like me,” would have inspired him to do good to prove Aaron wrong. Much like the dying words of Ben Parker inspired Peter to do great works with his powers. Despite now having an “Uncle Ben” Miles has given up the mantle of Spider-Man and the next issue will see a year jump from the fateful showdown in the hospital. Miles is living with his dad, still going to school, and trying to live a life without any kind of superheroeics. We know that Miles must eventually put the costume back on, it is inevitable. But seeing how he goes about that, taking in the words of his mother, Uncle Ben, Gwen Stacy, etc. and dealing with everything he’s faced to once again become Spider-Man has me readying the tissues by my bed. (For the tears, you perverts) Art-wise the book is at its peak. Sarah Pichelli, one of the creators of Miles, leaves the book with her final issue and she nails it. Every. Single. Frame. The raw emotion she captures in the faces of the characters is one of the reasons this comic is so good at conveying what is happening, narration only needed when Miles wears his mask. Narration and dialogue would only distract from what Pichelli has drawn in several powerful scenes. The art team has left no room for words in the scenes of the aftermath of Miles’ final showdown with Venom.  Justin Ponsor’s colors add depth and drama that is especially noticeable when we see Miles holding the lifeless body of his mother. The over head light fixed on Miles makes the frantic patients in the hospital look static (even more so, I mean). You can see the entire world stop for him as he clings to her. It’s moving. And it only gets worse in the next page when; Ganke, Miles number one supporter and confidant; Mary Jane Watson, Peter Parker’s girlfriend; and Gwen Stacy, the woman who passed on Uncle Ben’s famous saying to Miles, rush in to help and realize they are too late. The look on Miles’ face as he stares back at them is a picture that is worth more than 1000 words. Pichelli leaves the artist mantle to David Marquez, who has already illustrated several issues of UCSM and I have no doubts he will continue to be brilliant.

This issue is deserving of more than five stars but that is all I am equipped to give it. If you have not been reading UCSM I suggest you go out and buy the trades and catch up. Miles has been crafted expertly in Bendis’ hands and I have never been let down with a single issue. I always find myself looking forward to this comic and this issue hit me in the feels so hard I didn’t know what to do but write about it.